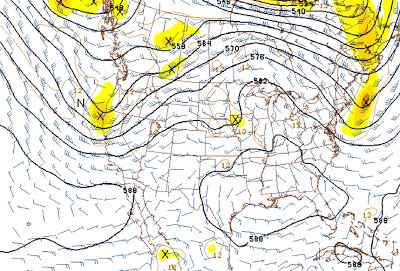 The first signs of Fall are now showing in the trees of Star Valley as the Maples and Aspens begin to turn. Right on cue the weather pattern which has been dominated by the summertime Monsoon flow of moisture much of the month of September will be replaced by the initial(first of the season) trough moving from the Pacific in the seasonal strengthening of the jet stream.

As there is still monsoon moisture across our area, the approach of the trough and its associated cold front will result in an active thunderstorm afternoon and evening, centered on Western Wyoming.

The morning water vapour imagery shows not only the moisture associated with the trough but also already convection that has formed this morning over parts of southeast Idaho and Northwest Wyoming in the monsoon moisture still in the area.

The Storm Prediction Center is forecasting a Risk of a few severe thunderstorms this afternoon and evening centered over Star Valley and Western Wyoming. 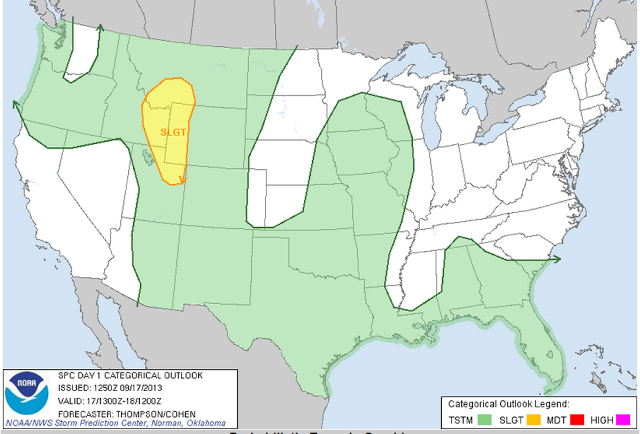 The primary threat will be for local damaging winds in excess of 60 MPH in the stronger storms that develop later this afternoon. 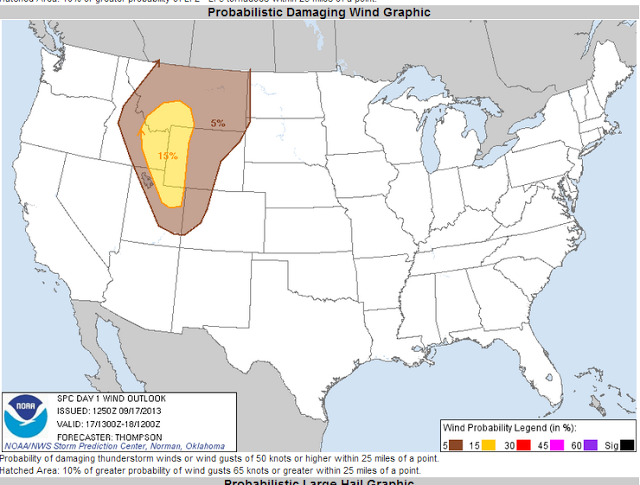 While tornados are not expected, there is also a potential of localized large hail. 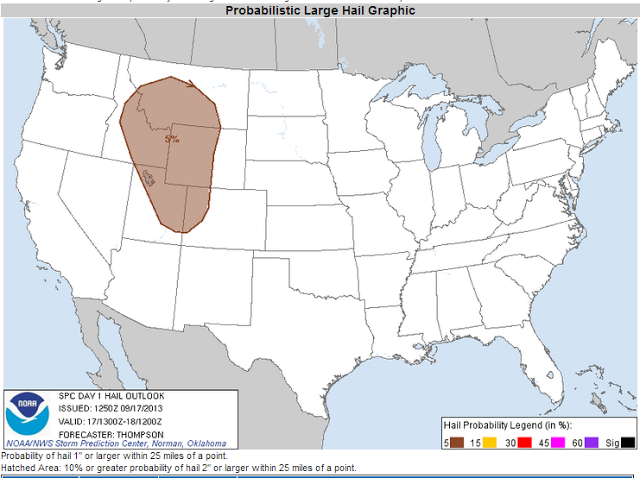 To keep up to date on this threat of storms this afternoon which includes the possibility of a Severe Thunderstorm Watch,  check with the SPC Home Page.
Also warnings and statements would be issued by both the Pocatello Forecast Office and the Riverton Forecast Office.
The much colder air with this trough will drop temperatures a good 15 degrees for Wednesday afternoon, and as winds diminish and skies will be clear, the first frost/freezing temperatures will be experienced Thursday morning.  At this time it looks like the colder valley locations could drop into the mid and upper 20s with warmer locations such as Star Valley Ranch remaining near or just below freezing.
The freeze threat is about on schedule.  Following is a table showing when the first freezing and below 28 degree temperatures have occurred in previous years in Star Valley.