Heavy snow fell in the mountains of far western Wyoming Wednesday, January 29, and Thursday, January 30.  A plume of moisture originating in the tropical Pacific Ocean was matched with significant atmospheric forcing and a favorable wind direction to generate snowfall amounts topping one foot in many mountains locales.  The westerly winds are lifted by the north-south mountain ranges of far west Wyoming, which in turn aids snowfall production.  The heaviest snow fell across the western mountains and valleys Wednesday and Wednesday evening, before winding down early Thursday.  The plume lingered longest over the Salt River and Wyoming mountain ranges of far west-central Wyoming through much of Thursday heping to boost totals in that region.  Some valley locations from Thayne to Moose had snowfall totals of 10″ to 12″, while many other valley communities saw totals approaching 6″.  The snowfall even extended to the Wind River Mountain foothills around Pinedale and Daniel where snow totals of 4″ to 8″ were observed.
There will be a brief respite from the snowy conditions across the west on Friday before snow chances increase for the weekend and early next week.  However, the Arctic origin of this airmass will limit snowfall totals as it will be lacking a warm moisture source.  What the pattern does lead to is that western and central Wyoming could see very cold temperatures by the early to middle part of next week. 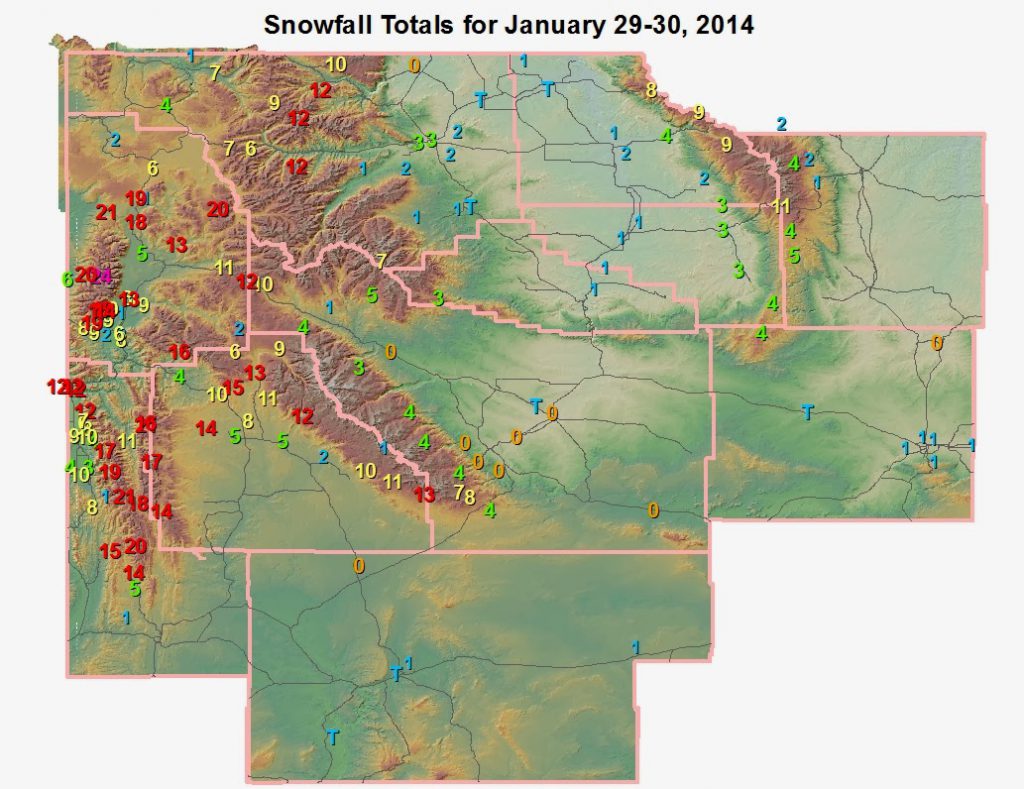