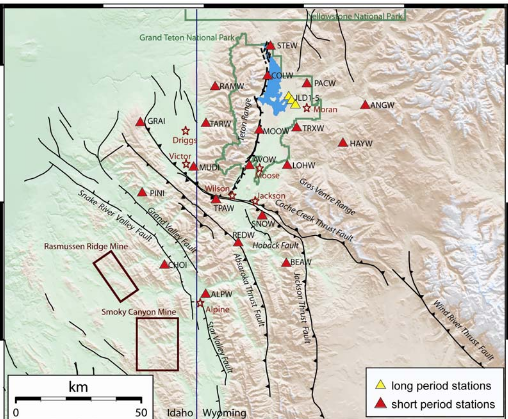 To go along with the previous posting of  the dramatic increase in Earthquakes in Oklahoma and damage forecast for the 48 states, a reposting of the Earthquake  blog of about 3 years ago is timely.

While the chances of a major, damaging earthquake are low in any given year, nevertheless, it is just a matter of time before one does occur.

Following is a link to  a paper discussing the location of fault lines in Lincoln County WY and the potential of a major quake.

The following was taken from this paper as it describes the fault systems of Star Valley in particular.

The following map shows where the fault lines in this portion of Wyoming have been located.

Based on the the known threat for a major earthquake in the Star Valley area, it seems prudent to factor this into any future construction.  Additionally earthquake insurance might be considered.