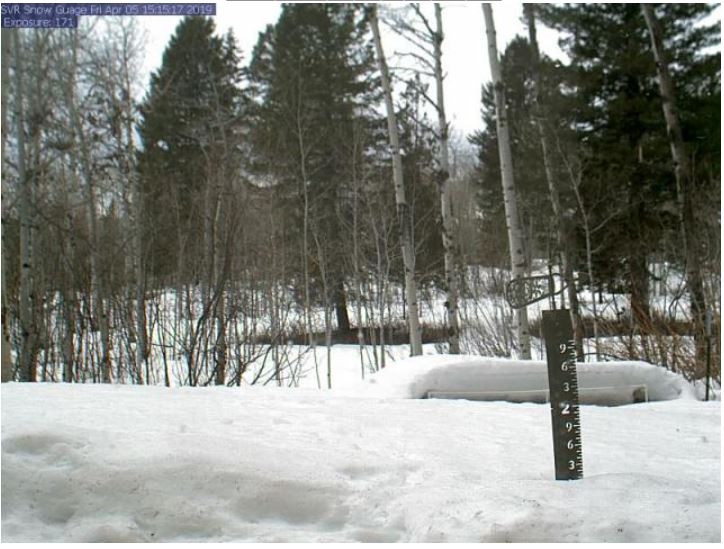 It seems that the snow cover this Spring is significantly slower to melt than in recent years.

To confirm this the following are the views of the snow remaining on the  ground at the Star Valley Ranch snow stake on  April 5th for the past three years.

Even though more snow fell two years ago, it was mostly gone by April 5th.

Such is not the case this year as temperatures have been  cool and  are expected to remain so through much of April.  Thus piles of snow will likely be around will  into May.

Following are the forecast temperature departure from normal through the beginning of May.