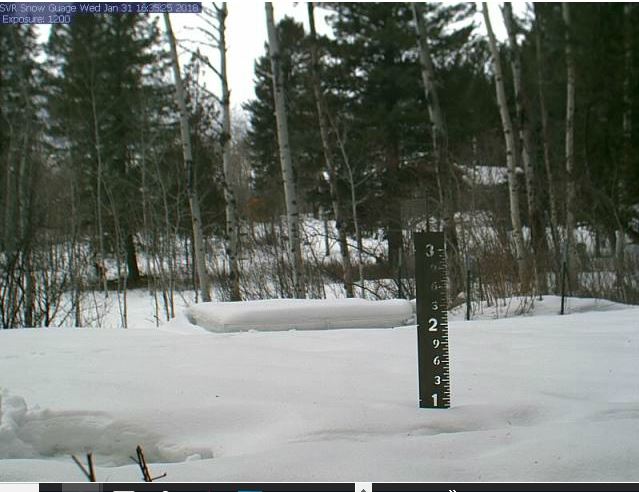 January 2018 contrasted with January 2017 as less snowy and not as cold.

Here are precipitation totals from 3 stations in the Valley for this and last January in inches.

For a January there were no bitter cold days than can occur in Star Valley.  The coldest registered in the Valley was a -14 on the 2nd  at the Double L Ranch along the Salt River northwest of Etna, where there were 7 sub zero mornings.  However at both the Star Valley Ranch and Bedford  2 S weather stations there were no sub zero readings for the month. Thayne Elementary also had 7 sub zero mornings, the coldest on the 2nd where it dipped to -8.

The warmest day of the month at most stations was on the 30th where Etna Elementary hit a balmy 49 and all stations were in the upper 40s.