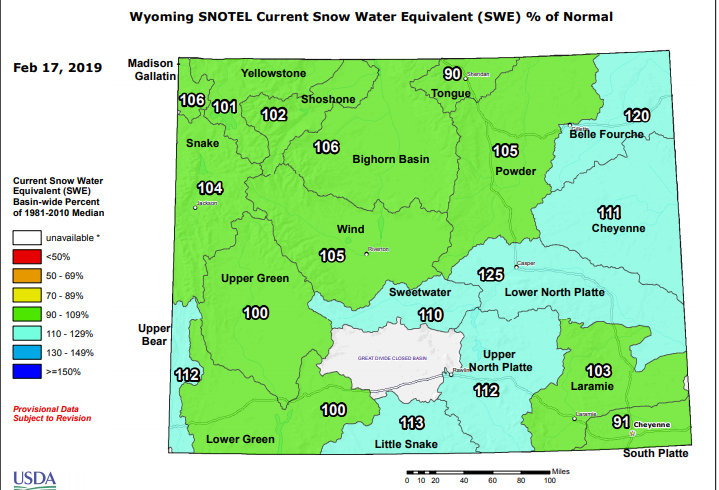 After a very snowy early February,  it is a good time to examine  the status of the snow pack for the 2018/2019 water year, as the storm track has shifted south of Wyoming for the near future.

As of February 17 2019 the water content of the snow pack appears to be in excellent shape across all of Wyoming.  Basically the entire state is currently above normal. 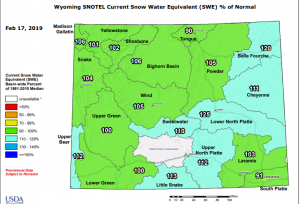 Following are the snow depths observed February 18th for both the Star Valley and Jackson areas: 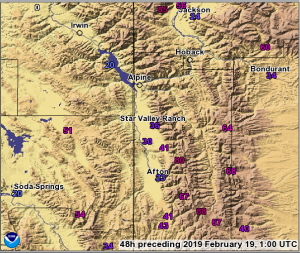 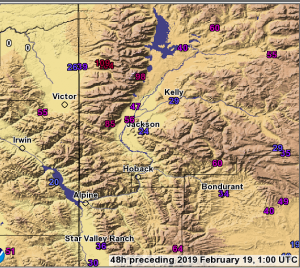 The greatest snow depths are in the Tetons up to 100 inches on the ground. Nearby Salt Range has upwards to 80 inches at the Willow Creek SNOTEL site.

In Star Valley depth are generally in the 30’s except in the 20’s vicinity Afton.

While it has been quite snowy since the first of the year however the following snow fall graphs for both Afton and Bedfofd 3SE indicate totals are far less than the big seasons in recent history.

A last comparison is for the Bedford 3 SE station showing the water year(Oct 1-Sep 30) total snowfalls compared to 2019 thus far.  Already the current water year has exceeded 2017-18, however there have been several years with much higher totals, including 2 years ago. 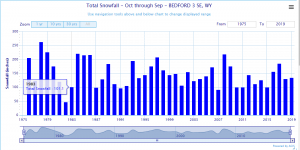