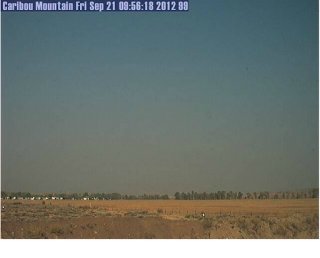 Forest fire smoke is covering a large area of the Northwestern U.S. including normally clean and beautiful Star Valley.  In case you may have forgotten what a clear days looks like here are a couple pictures from the Star Valley Ranch cam looking west to the Caribou Mountains.  The first photo was taken Friday morning September 21 and below that is the same view as of July 4th this year. 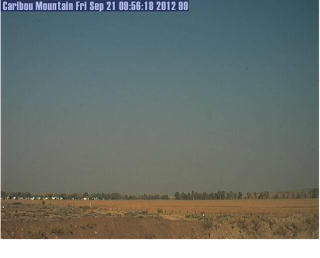 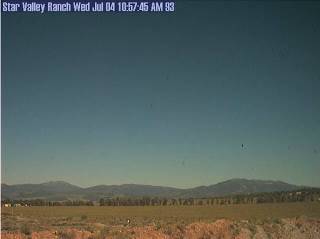 The source of our smoke here in Star Valley fortunately is some distance away, but with such a hot, dry summer which officially ends this weekend, fires continue to burn across much of the interior Northwest.  The following figure illustrates not only where those fires are, but what area is affected by the large smoke plume that the fires are generating.

Many of the fires are located over the central Idaho mountains and the eastern Cascades of Washington. The west to northwest flow across the warm ridge over the western states is spreading the smoke downstream across all of southern Idaho and much of Wyoming.  The most dense smoke is occurring from the  Snake River Valley north and west. The southern limit of the smoke extends from a line from Salt Lake City into northern Nevada.

Changes in the large scale pattern are encouraging on the smoke issue and to a lesser extent the drought conditions across Star Valley.   A weak upper trough off the Pacific Northwest coast ahead of a large storm moving into the Gulf of Alaska as seen in the figure below 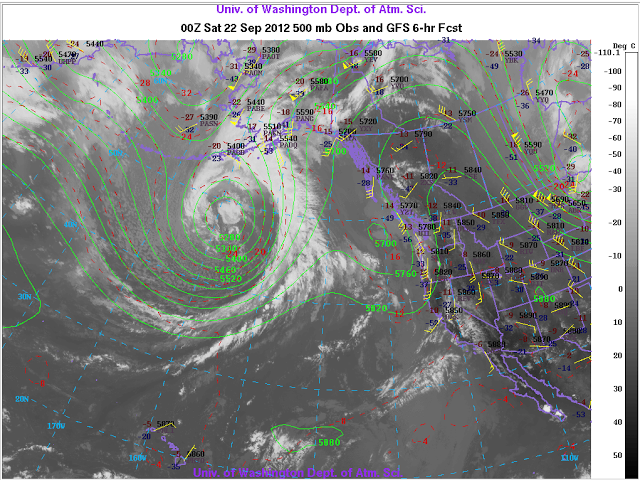 As a southwesterly flow develops ahead of the upper low the smoke plume should gradually shift to the north of Star Valley. By Sunday much improved conditions will  be the trend across much of Western Wyoming including Star Valley.

There is less confidence in how much precipitation will be generated considering how dry the air mass currently is and the fact the low is not particularly intense.  However by Sunday afternoon sufficient high level moisture will be spreading northeastward ahead of the upper low for a few high based showers and thunderstorms.  A better chance of showers are likely on Monday if the upper low can track eastward across Utah close enough to Star Valley.  Here is the models forecast of total precipitation on Sunday and Monday indicating there is some hope of more than just sprinkles.