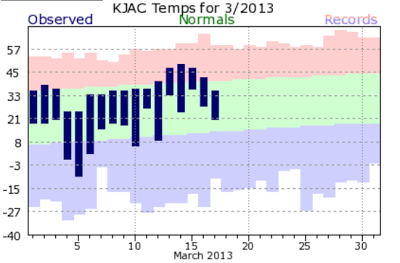 The first half of March 2013 with a couple of exceptions has been abnormally mild across much of western Wyoming.  The graph of the daily highs/lows at Jackson show this well

The weather station at Star Valley Ranch also has experienced, with a couple exceptions, rather pleasant late Winter conditions.

While Tuesday is a Chamber of Commerce day in Star Valley, there are significant changes on the horizon to the west.  This can best be observed from the satellite imagery over the Eastern Pacific.

The model forecast for the movement of the trough eastward across the United States, show that Star Valley will be going into a colder and unsettled weather pattern through the weekend.

The forecast from the NWS indicate that much of Western Wyoming will experience substantial precipitation through the weekend.

This amount of liquid would result in 1-2 feet of snow in the mountains of northwestern Wyoming and 6-12 inches in valley locations such as Star  Valley.

The following two  hourly weather graphics produced by the NWS Riverton for Star Valley  suggests snow should begin by Wednesday afternoon, perhaps mixing with rain and then continue periodically through the weekend, 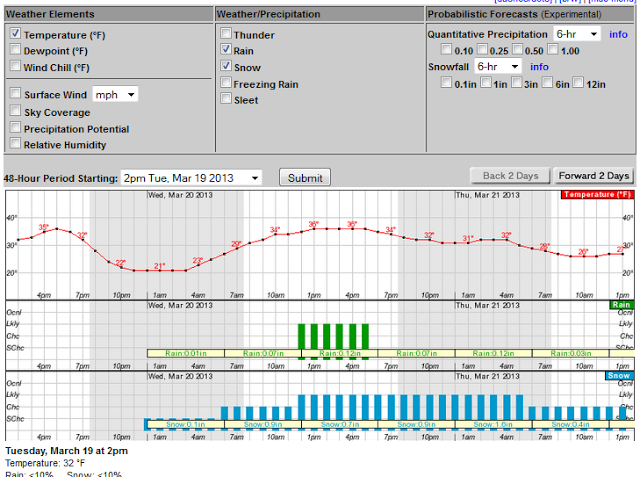 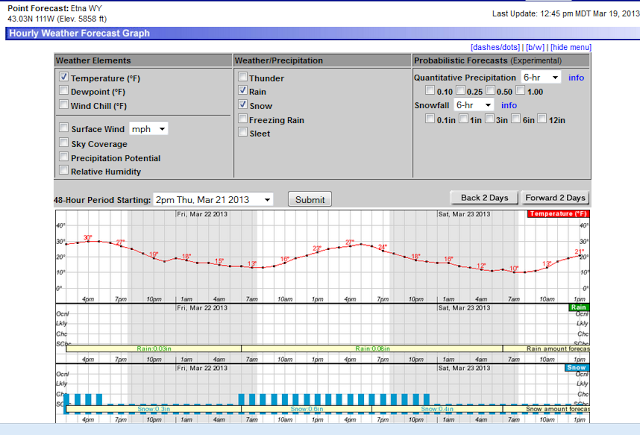