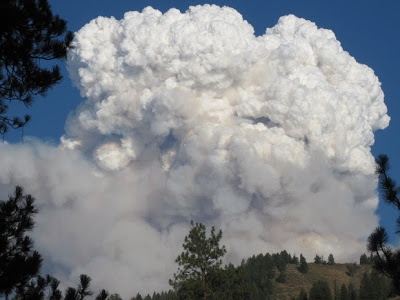 A dramatic change in the weather pattern has hopefully signaled the end is near in this years forest fire season.

As can be seen from this Tuesday mornings water Vapor image a large plume of moisture with tropical origin has been shunted northward through the western states including Idaho and Western Wyoming.

Also note on the image the large cyclonic circulation off the Pacific Northwest coast.  This mornings 500 MB analysis shows the large scale pattern as seen on the satellite image.

Generally between a third and a half inch of rain occurred across Star Valley with the observer near Smoot reporting the greatest amount of  .73.

The figure below is a radar computed Storm Total Precipitation  for the past 24 hours or so.  The most substantial amounts occurred vicinity of the Northwest Utah/Idaho border, where up to 2 inches or more was detected.  Over Star Valley, beam blockage by the mountains between the Pocatello radar and us, resulted in an under detection of amounts.

The 500 MB forecast shows little overall change in the large scale pattern the next 3 days as the low off the Pacific Coast moves only slowly inland, maintaining the southerly flow of moisture across our area.

This is reflected in the 3 day precipitation forecast  with a large area of the interior west continuing to have a risk of substantial showers.

The more substantial amounts will be ahead of the upper low as it moves inland across the Pacific Northwest.

Here in Star Valley showers and thunderstorms will be a risk, mostly during the afternoon and evenings, the next several days.

Following is a graphic of the areas that have been affected by fires so far this year. 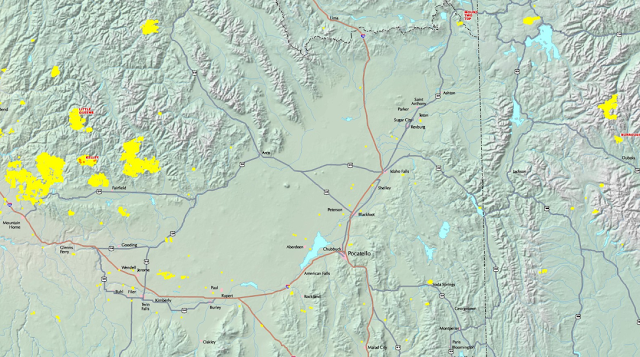 Once again Star Valley was free of significant fires  Not the same can be said of the mountains of central Idaho!

As of Tuesday morning 9/3/13 much of the fire threat has been damped down by the recent precipitation. 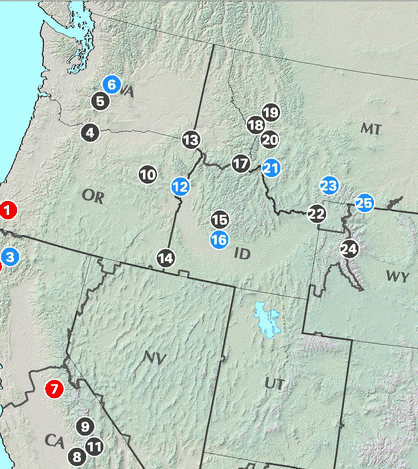 The potential for more showers along with the higher humidities will have a positive effect on both Fire #15 Little Queens and #16 Kelly that have caused so much damage.