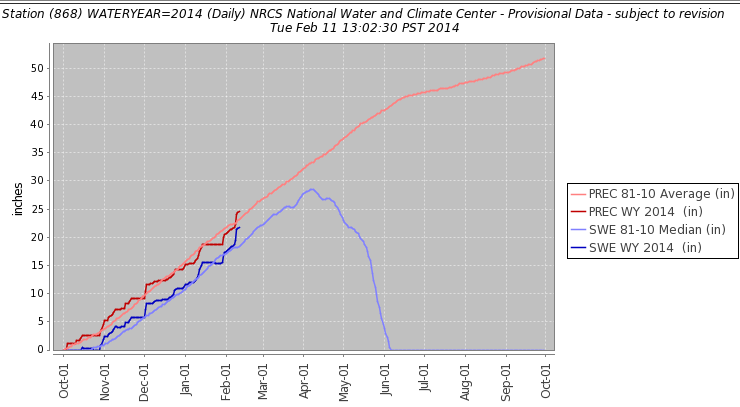 In the wake of the major snow event of last week, the question is likely how does the snow pack in the nearby mountains look now?  There has been substantial improvement with above normal conditions throughout much of western Wyoming.  Following are the Snotel graphs for those 3 site of most interest to Star Valley.

All three SNOTELs have substantially risen to above normal levels, both in total precipitation and snow water content since Oct 1 2013.

For comparison how dry it has been further west, following are a couple SNOTEL sites in both California near Lake Tahoe and Oregon near Crater Lake.

While there has been improvement in both locations, there is still a long way to go to reach normal levels.