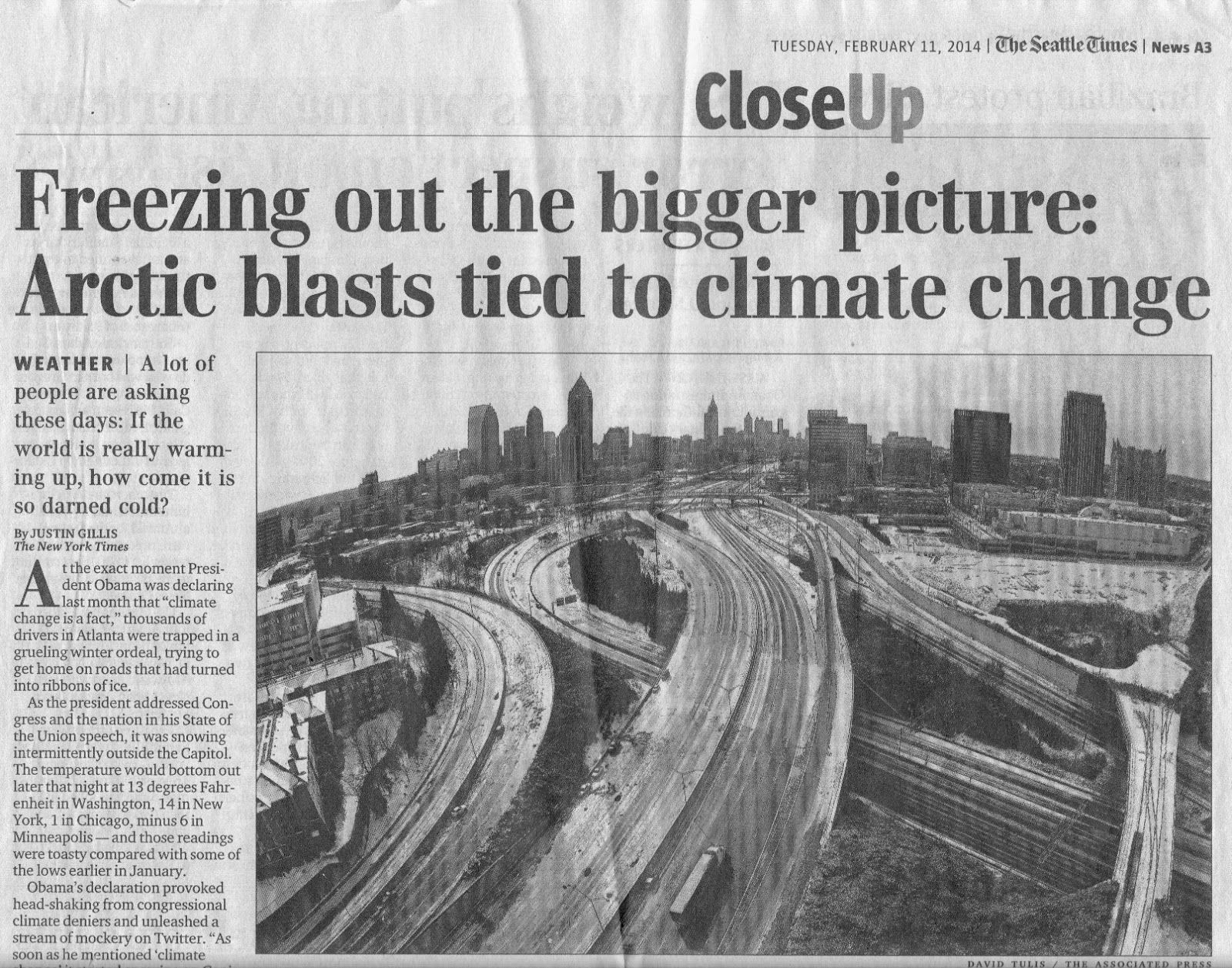 Cliff Mass,  Professor of Meteorology at the University Of Washington  has blogged on the misleading messages the public is receiving from the media on the Issue of Climate  Change vs Weather.

Why does the Seattle Times and other media misinform the public about climate change?

The Seattle Times is REALLY getting to be a frustration when it comes to its coverage of climate change.   Here are the headlines from their CloseUp section on Tuesday. 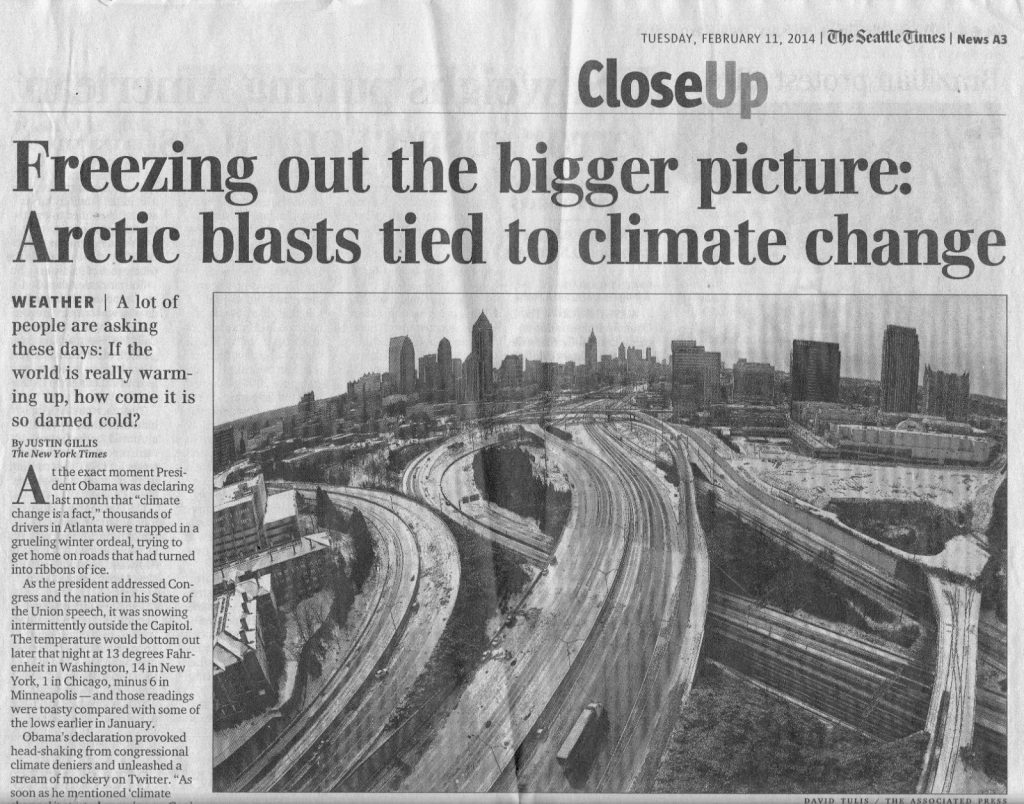 They start silly:  “Freezing out the bigger picture” and then degrade into a statement that is without any factual basis:  “Arctic blasts tied to climate change”

This story was written by Justin Willis of the New York Times and the only sentences that suggest a connection with global warming are:

“Though the case is as yet unproven, a handful of scientists think the 50-degree temperatures in London and the frigid weather in Minneapolis might be a consequence of climate change. They contend the massive decline of sea ice in the Arctic has destabilized a weather pattern that normally keeps frigid air bottled up near the pole. That pattern is known as the polar vortex, and its boundary is a fast-moving river of air called the jet stream. When the vortex weakens, the jet stream can develop big kinks, creating zones of extreme heat and cold.”

Who are these “handful” of scientists?    As I explained in a previous blog, the evidence that global warming causes an increase in cold waves is non-existent, and the one or two studies that suggest it have serious methodological problems.  If you want to read more about this, some of the leading climatologists in the U.S. published a letter in Science Magazine noting there are little support for theglobal warming causes cold waves hypothesis.

As climate scientists, we share the prevailing view in our community that human-induced global warming is happening and that, without mitigating measures, the Earth will continue to warm over the next century with serious consequences. But we consider it unlikely that those consequences will include more frigid winters.

Even in a warming climate, we could experience an extraordinary run of cold winters, but harsher winters in future decades are not among the most likely nor the most serious consequences of global warming.

At the recent American Meteorological Society meeting in Atlanta I talked to some of the leading theoretical meteorologists in the country:  they told me that the supposed global warming/cold wave hypothesis does not have any physical basis.

And as noted in the Seattle Times/NY Times article, cold waves are becoming LESS frequent and of shorter duration as the earth warms.

The global warming causing cold wave hypothesis is contradicted by both observations and theory.  Why does the media like the Seattle Times state something that is without scientific basis?

And yes, the Seattle Times has a lot of company in the meteorological exaggeration department.  The same day CBS Evening News was talking about a “catastrophic, historic storm.”   Folks, our friends on the East 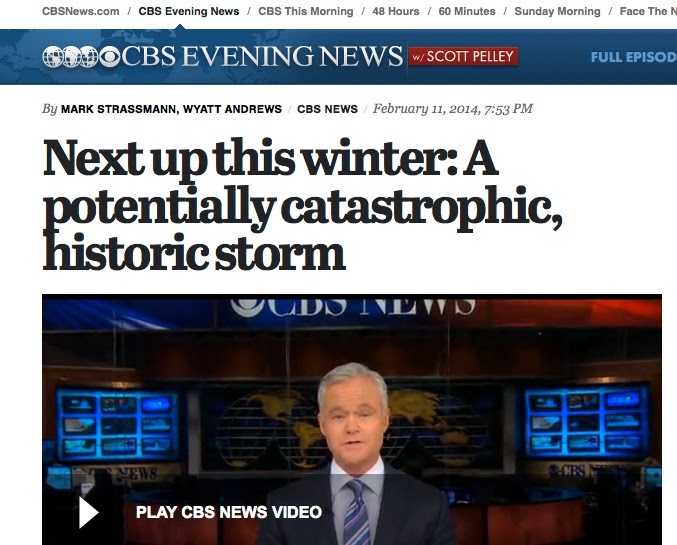 Coast have had some snow, ice, and wind associated with a low pressure system moving up the coast.  A serious event.   But this was not an extreme event and the snow totals were really unexceptional.   Want proof? Here are the NY area totals around 5 PM PST today:

Yes…they had around a foot in some places, with lesser amounts near the coast.   Catastrophic?  Hardly–the schools even stayed open.  Record breaking and historic?  December 26, 2010 they got 20 inches. February 12, 2006 they had 27 inches on the ground.  There are a lot more like that.

CBS Morning News continued with the misinformation campaign, inviting a non-meteorologist, but theoretical physicist, Michio Kaku, to opine about the origin of the cold weather.  Charlie Rose,  Norah O’Donnell, and Gayle King did the interview. 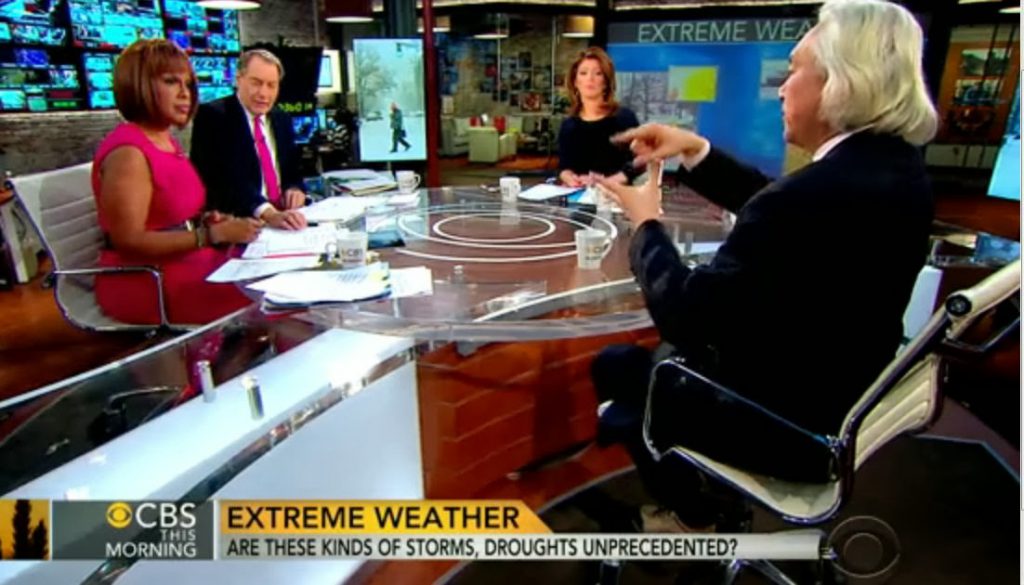 KAKU: Well, the wacky weather could get even wackier. What we’re seeing is that the jet stream and the polar vortex are becoming unstable. Instability of historic proportions. Now think of the polar vortex as a bucket, a swirling bucket of cold air. However, the walls are weakening. Cold air is spilling out, spilling out over the walls of the bucket. And the question is, why? Why is this polar vortex weakening? We think it’s because of the gradual heating up of the North Pole. The North Pole is melting.
ROSE: Global warming.
KAKU: That excess heat — that excess heat generated by all this warm water is destabilizing this gigantic bucket of cold air, weakening this low pressure region, causing cold air to spill out over the United States. So that’s the irony, that heating could cause gigantic storms of historic proportions.

Nothing that Dr. Kaku said made sense.  He proposed the bucket theory of climate change. There is no basis for his cliams in in theory or observations.  His bucket analog seems silly. But a major network seems to be taking the global warming/cold wave hypothesis hook, line, and sinker. Kind of sad, really. 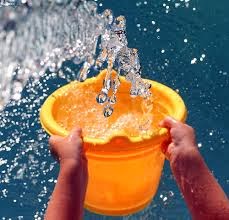 One thing is clear, media misinformation about this topic is undermining the credibility of the scientific community, promulgating false information to the public, and serves as a great aid to those who deny global warming will be a serious threat later in this century.

Slowly, leading climatologists are starting to realize the potential harm caused by all the hype, false information, and exaggeration and are starting to speak out about it.  But huge damage has already been done and perhaps a majority of the population believe that weather has generally become more extreme due to increases in greenhouse gases produced by mankind–something that is at odds with the scientific literature.