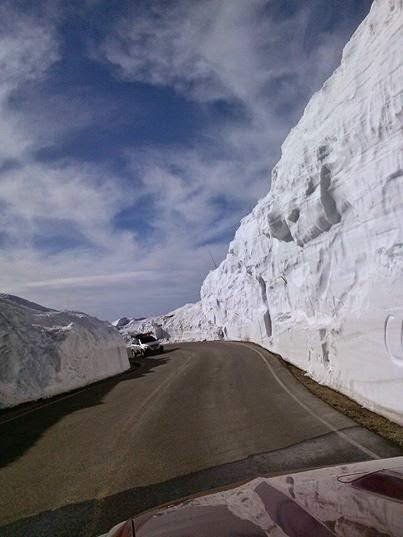 The snow melt is well underway and the rivers across Wyoming are responding big time.  In Star Valley, while high, levels as of Thursday generally are remaining near bankfull.  As can be noted on the above photo from Bear Tooth Pass last weekend, there is still much snowmelt yet to go in the high country

The Salt River in Star Valley continues to gradually rise and is around bankfull. the following graph of the river gauge on the Salt  illustrates the higher runoff compared to last year. 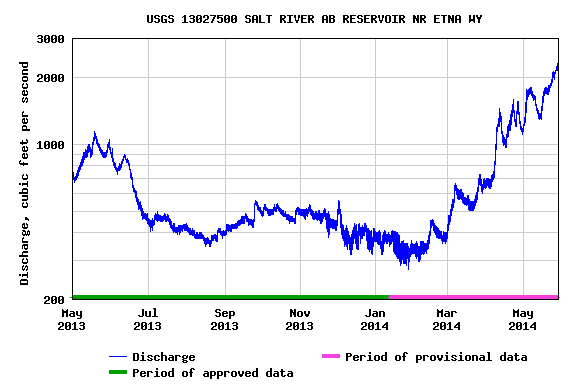 The same is true for both the Greys and Snake Rivers near Alpine. 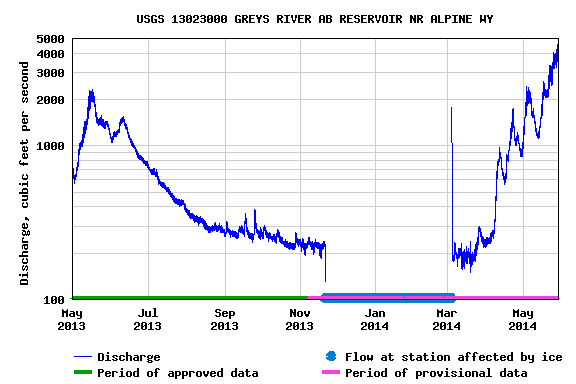 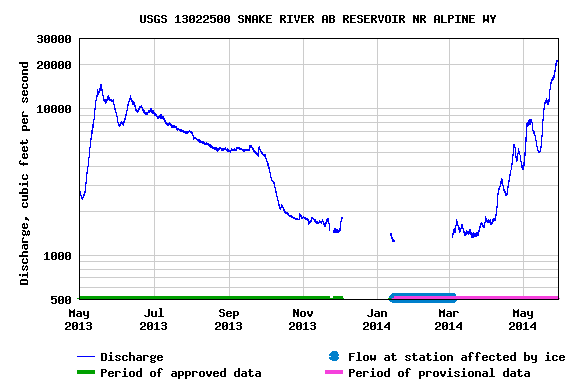 Palisades Reservoir is expected to fill up this summer unlike 2013 where levels dropped to less than 23%.
Currently it has risen to 40% which can be seen below.