A summer weather pattern becomes established across all of the United States this week as high pressure aloft takes control.  Following is the 500mb forecast for Friday evening the 4th of July.

As a result, very warm air spreads across the western states including Wyoming.  Following are maps of forecast high temperatures  ahead this week. 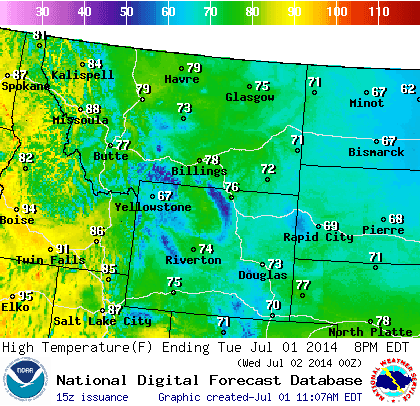 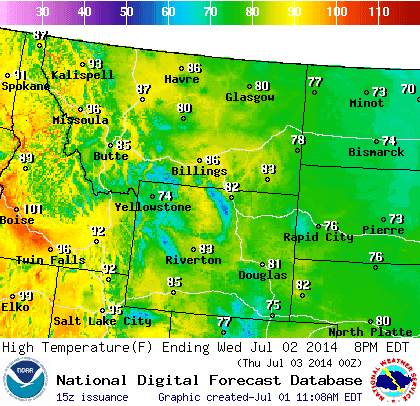 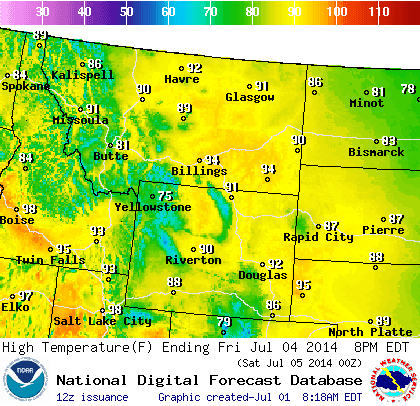 The lower elevations will warm to near triple digits during the afternoons  such as Salt Lake City and Boise while here in Star Valley it will be mostly in the 80s with possibly low 90s in the lower valley locations such as Alpine, Etna and Thayne.
The desert southwest will be hot with  105-110 plus as can be seen on the map for maximums Wednesday afternoon. 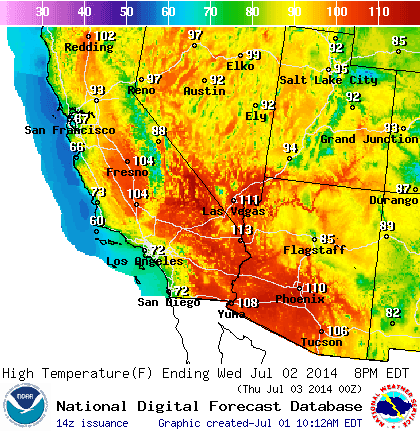 The following is a graphic of  forecast conditions for July 3-4 in the Star Valley Area. 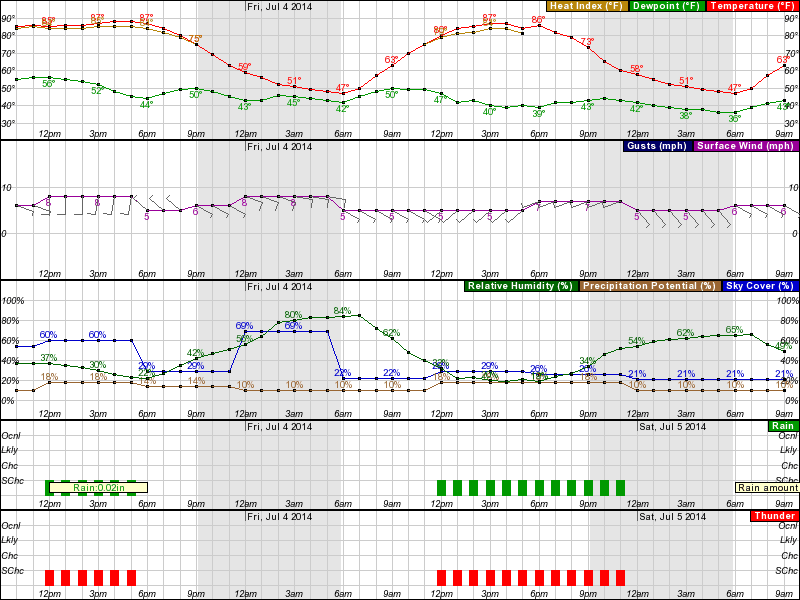 Cool mornings will be followed by warm and mostly dry afternoons on both days.  There is a small chance of late afternoon and evening thunderstorm, but little in the way of rain is expected.