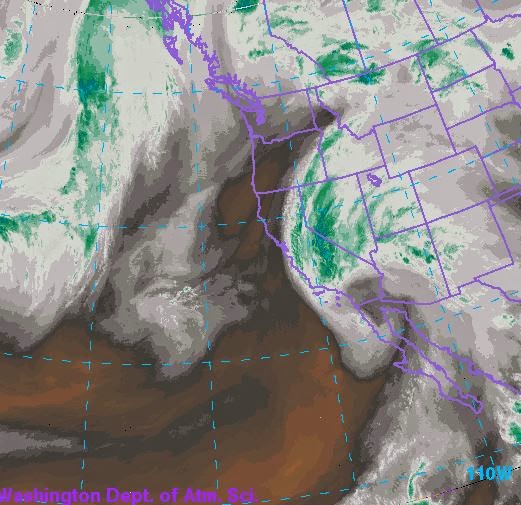 August  promises to be wetter.  This week has the potential to experience some significant rainfall amounts as Monsoon moisture moves northward from the desert Southwest.

The morning water vapor satellite image  shows not only the large blob of moisture but the cyclonic circulation over Southern California which is forecast to move toward southeast Idaho and western Wyoming the next couple of days.

While Sunday will be a mostly dry day, a few storms could again pop up by this evening.  However this will change beginning Monday as the moisture overspreads the area.

Following are the forecast precipitation amounts from the National Weather Service for this coming week.

While just a forecast, totals upward to 2 inches are indicated across the mountains of Northwest Wyoming.

The wettest day appears to be on Tuesday.