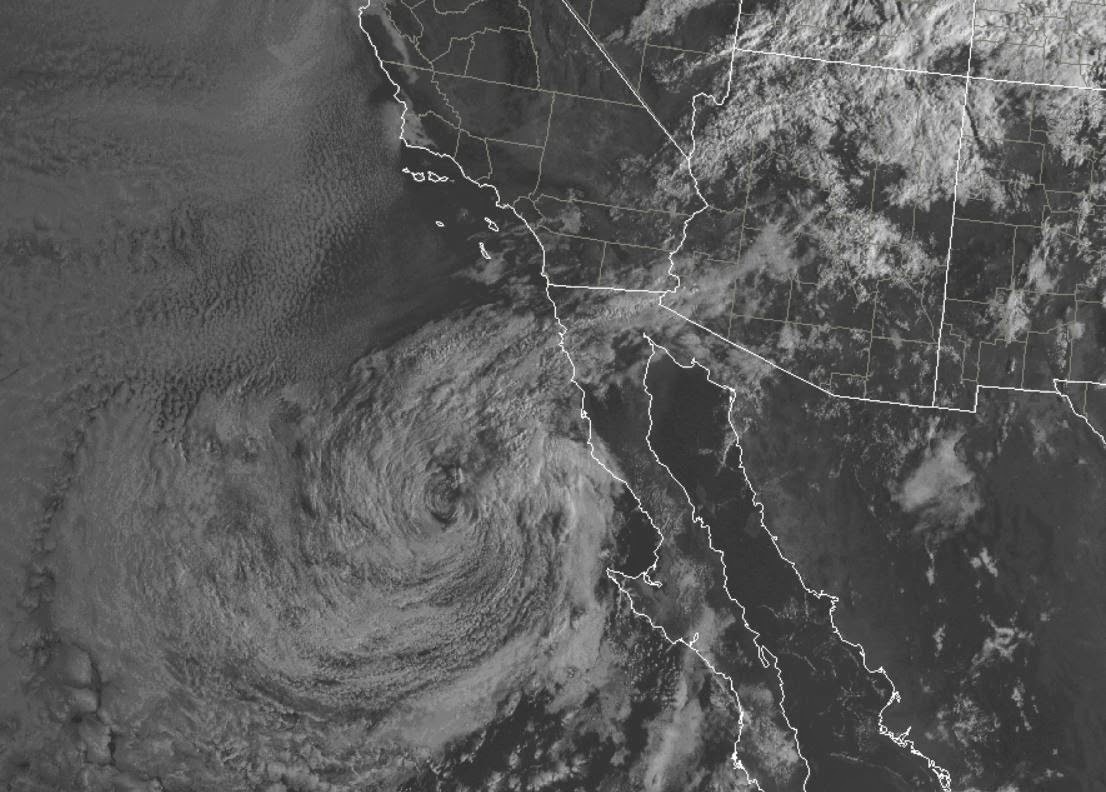 On Monday September 8th, the Phoenix Metro area experienced unprecedented flooding rains with widespread 3-4 inches and locally more than 6 inches of rain falling within about 6 hours.  Since the normal rainfall for Phoenix is only a little over 7 inches in a year, it is evident what an extreme event this was. The culprit was a large influx of tropical air that was pushed northward into Arizona around the dying circulation of former Hurricane Norbert off the west coast of Baja California.

While the circulation of Norbert never came close  to Arizona its influence was significant.

Below is a visible satellite photo taken at 9 am Tuesday clearly showing the remnants of Norbert spinning well off Baja. 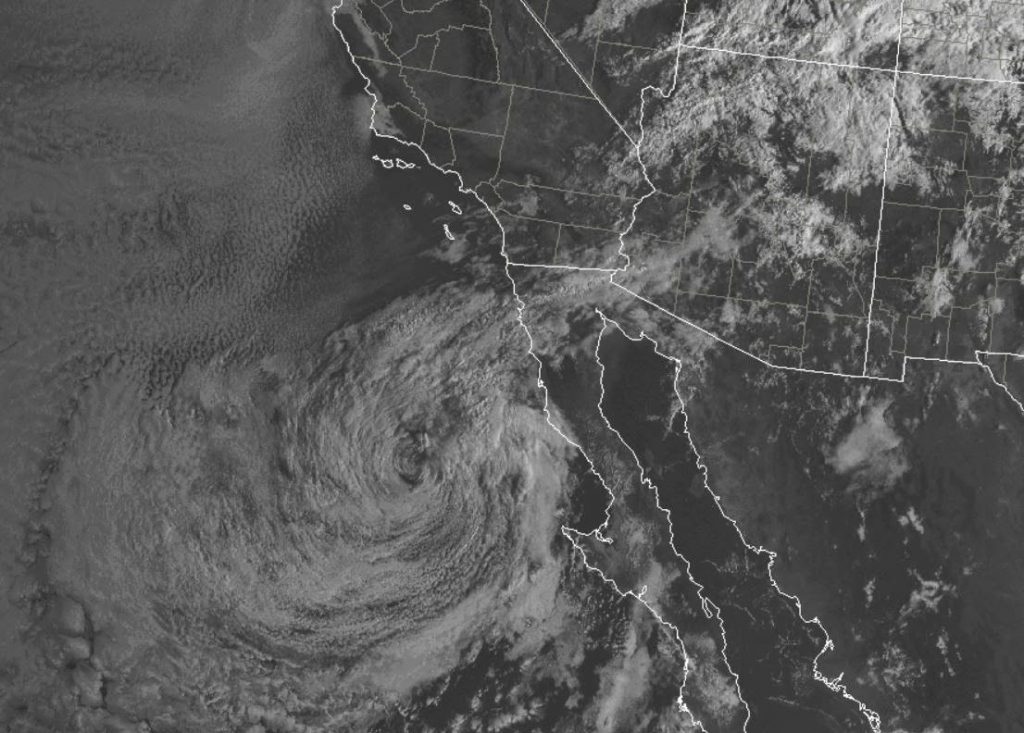 Dr. Jim Steenburgh of the University of Utah  in his blog provides an excellent discussion on the Phoenix flood event of September 8 2014.

Lessons from a Feast or Famine Precipitation Climate

By Jim S
The climate of the desert southwest is characterized by long stretches of monotony broken by periods of intense excitement.

Intense excitement prevailed yesterday as heavy rains brought flooding to locales such as Palm Springs (CA), Las Vegas (NV), the Virgin River Gorge (UT), and Phoenix (AZ).  Given the large spatial contrasts that exist in monsoon precipitation, the event was about as widespread as a monsoon precipitation event can get.

Phoenix has gotten a great deal of attention and for good reason.  The Phoenix Airport recorded 3.29″ of rain for the day, all falling in about 7 hours.  Accumulations of over 2 inches covered a large portion of the metropolitan area with some locations reporting more than 5 inches.

The time series of accumulated average (brown line) and actual (green line) precipitation since the start of the water year (October 1, 2013) shows the feast or famine nature of the Arizona climate.  Average looks nice and smooth, but in any given year, a few storms produce most of the precipitation.  Indeed, you can see three major cool season events, a couple of small monsoon events in August, and then yesterday’s whopper add up to an “above average” water year at this location.

This is a key characteristic of the climate of the southwest.  A handful of big events (or the lack thereof) make or break the accumulation in any given year.
The 3.29″ represents the largest accumulation on any calendar day at the Phoenix airport.  Records go back to 1895, so that sounds impressive, but remember that precipitation is rare in this region, so we’re dealing with what scientists call the statistics of small numbers.  In addition, calendar day records can be a bit deceiving.  The record 24-hour period rainfall at the Phoneix airport, for example, is 4.98″.  Of course, much of the rain that fell yesterday fell in < 8 hours, so ultimately meteorologists will need to take a broader look at this event to determine where it lies in the spectrum of extreme rainfall events over southern Arizona.   There are a number of good studies in the literature examining this issue, but I lack the time to dig into them before running to class!  Perhaps others can comment.
Meanwhile, the University of Utah has been getting pounded this morning.  Our site near Red Butte Gardens has recorded about 0.35″ of rain in 20 minutes.  Students are looking wet! 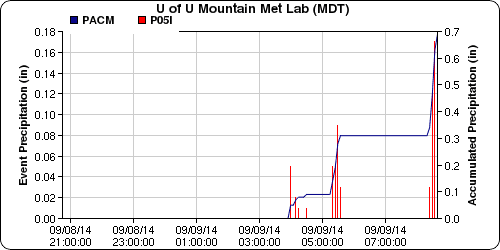 The 24-h accumulation is 1.39″, more than the monthly average for September.  Even northern Utah can get in on the feast-or-famine climate action.
Posted at 9/09/2014 08:49:00 AM
No comments:
Email ThisBlogThis!Share to TwitterShare to FacebookShare to Pinterest
Labels: Climate, Flooding, Monsoon