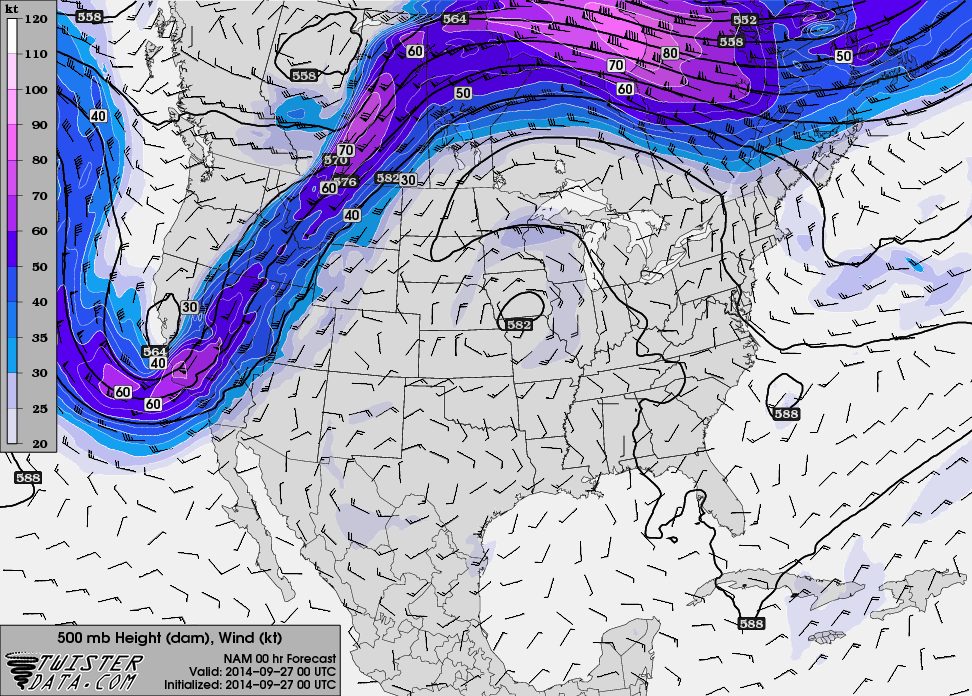 It now appears that conditions are rapidly developing to support a widespread rain event across much of Southeast Idaho and Western Wyoming over the weekend.  A combination of a potent upper low moving inland across California and an unusually strong influx of tropical moisture moving northward through the intermountain states will lead to increasing showers and thunderstorms over the area.

Following is a series of 500 mb Charts showing the progression of the upper low over the weekend.

The precipitable water vapor analysis and forecast shows the moisture transport across the area.

The question how much rain can be expected out of this system in Star Valley and surrounding areas? First the actual manual forecast from the National Weather Service for the Sat-Mon time period follows.

The axis of greatest forecast precipitation straddles the Wyoming/Idaho border(Star Valley) with totals anywhere from 1.5 to 3 inches!  If this occurs then significant runoff could occur in streams,

The man and model forecasts agree that the Wyoming/Idaho border will be the axis of heaviest totals with totals a little less than the man forecast.

One last graphic is the combined model precipitation amounts centered on Star Valley.

The black line is the mean of several different model forecasts for precipitation.  It suggest that Star Valley will have accumulated around 2 inches by 6am Monday with the heaviest occuring later Saturday to Sunday evening.

The relative warm airmass  precludes any snow except for the very highest  peaks, but runoff  could  be a concern by Sunday.