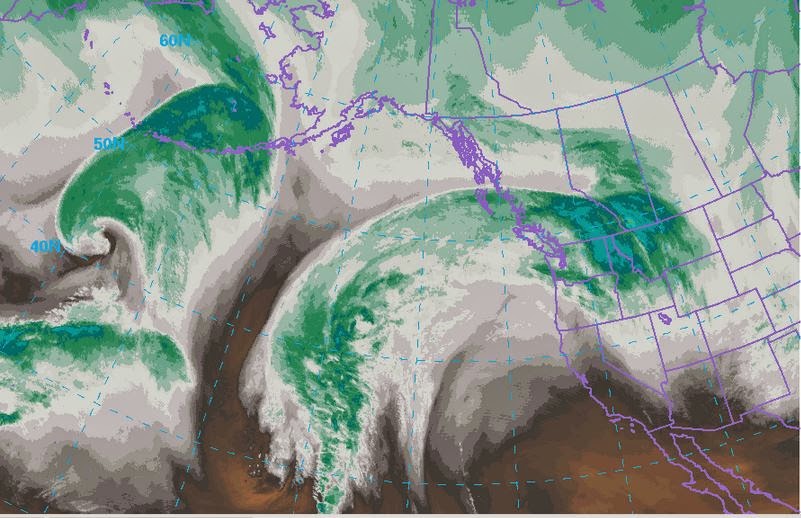 The recent storm dropped from 4 to 8 inches of snow across Star Valley with upwards to a foot or more in the nearby mountains.  A very moist air mass is heading toward Western Wyoming  from the Pacific in a strong northwesterly flow.  This can be seen on this Monday evenings water vapor image

While it is a generally mild air mass, snow will continue to be the predominant precipitation type in the mountains, with the snow becoming mixed with rain at times in the valleys during the day on Tuesday.

The forecasters at the Weather Prediction Center of the NWS  are predicting substantial  precipitation amounts over much of the mountains of the Northwest States.

A detailed forecast for snow totals over the next 3 days  across Wyoming display the large differences dependent on the relationship with the higher terrain.

Of interest will be the strong winds over and on the east side of the mountains in the down slope flow during the day, Tuesday.