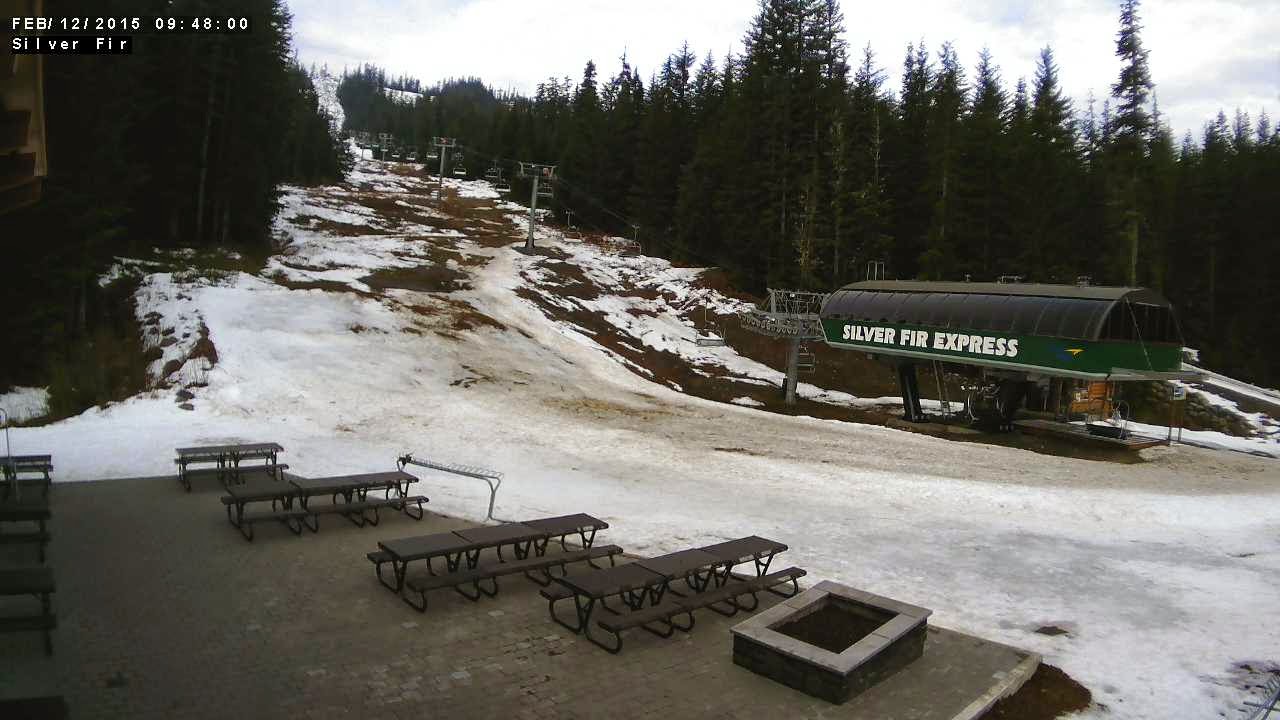 While Star Valley and Western Wyoming have experienced little snow in the month of February, higher elevation snowpack remains near or just slightly below normal.  Such is not the case in much of the western states.  While precipitation in the Pacific Northwest has been generous, the abnormally mild winter has resulted in poor snow accumulations .  Jim Steenburgh has blogged about the disastrous  ski season thus far.

By Jim S
Even if the pattern shifts and starts producing heavy snowfall, the winter of 2014-2015 will probably go down as one of the worst if not the worst snow years in Pacific Northwest history.

The ski season has been an unmitigated disaster.  Snoqualmie Pass is home to four ski areas, all with base elevations near 3,000 feet.  Here’s what it looked like at the Summit Central ski area this morning.

How bad is this year?  Data collected by the Washington Department of Transportation shows that Snoqualmie Pass averaged 400″ of snow the past five winters.  The average accumulation by February 10th was 205″.  This year they’ve had 79″ and obviously a lot of that snow has melted.

If you have a season’s pass for the Snoqualmie Pass ski areas, Crystal Mountain will let you ride for free, but if you go there, here’s what you’ll find.

Paradise Ranger Station on Mt. Rainier is one of the snowiest places in the world, but not this year.  SNOTEL data from Paradise shows that they’ve had plenty of precipitation (compare black and grey lines) and are actually a bit above average since the start of the water year on October 1st.  However, much of that precipitation has fallen in the form of rain and the amount of water retained in the snowpack is well below average (compare blue and red lines).

There is actually a remarkably long record of snowfall kept by the National Park Service at Paradise Ranger Station.  The record low snowfall is 313″ in 1939–40.