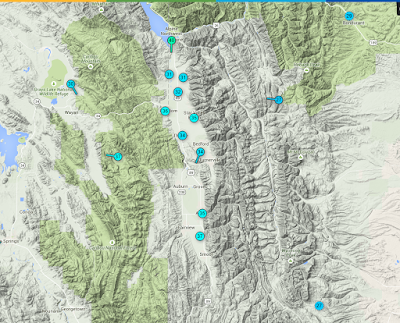 A powerhouse cold front stormed across the Cowboy State Monday.  In its wake temperatures dropped to near or slightly below freezing across much of western Wyoming including Star Valley.