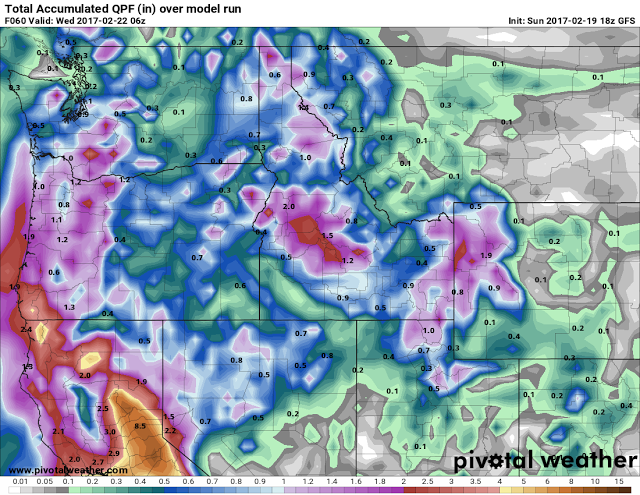 Another very moist Pacific Storm system will be spreading copious amounts of precipitation inland across California  toward Wyoming the next 2 days.  The air mass is relatively warm thus snow levels are expected for the most part to remain above the valley floor in Star Valley.

However it will be another major snow event in the mountains and higher elevations of
Western Wyoming.
Note the excessively large amounts of precipitation in the Central Sierras of California.