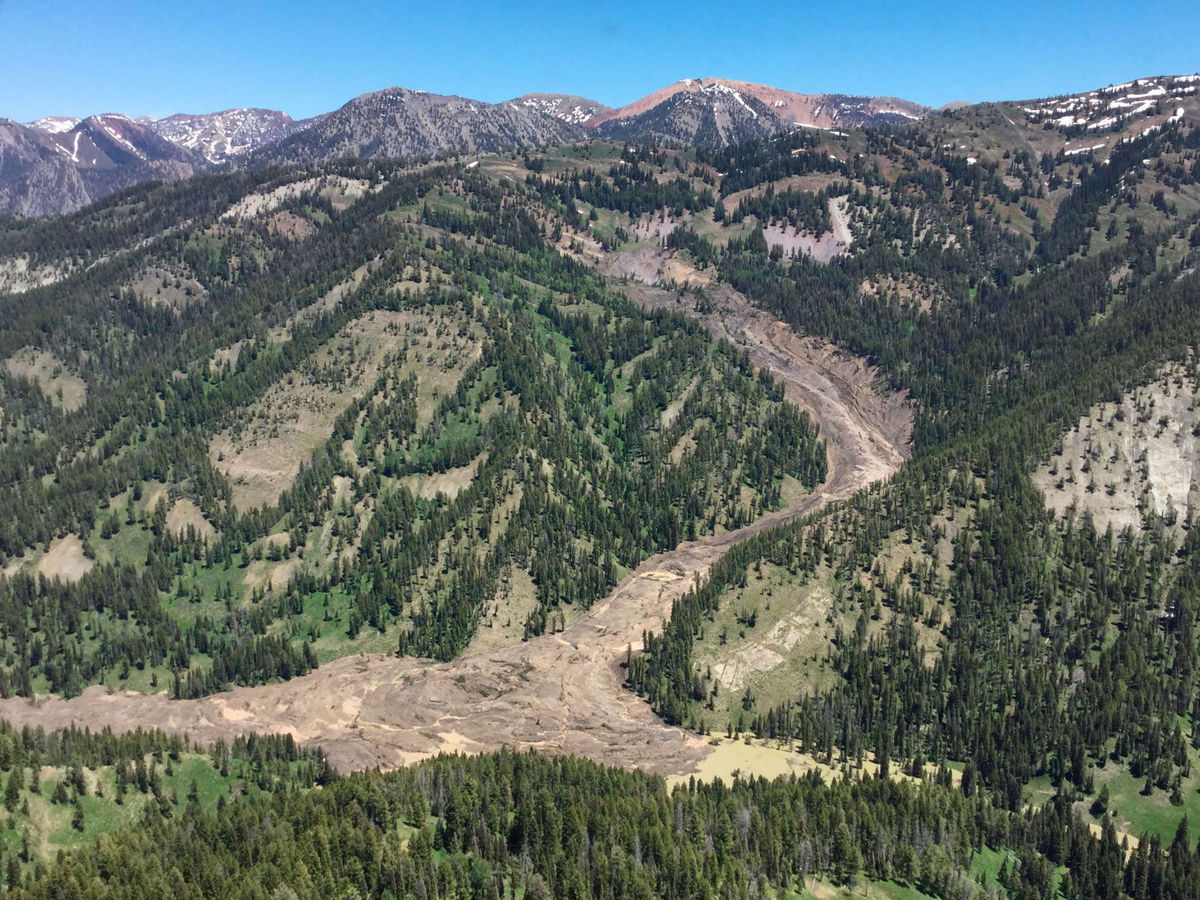 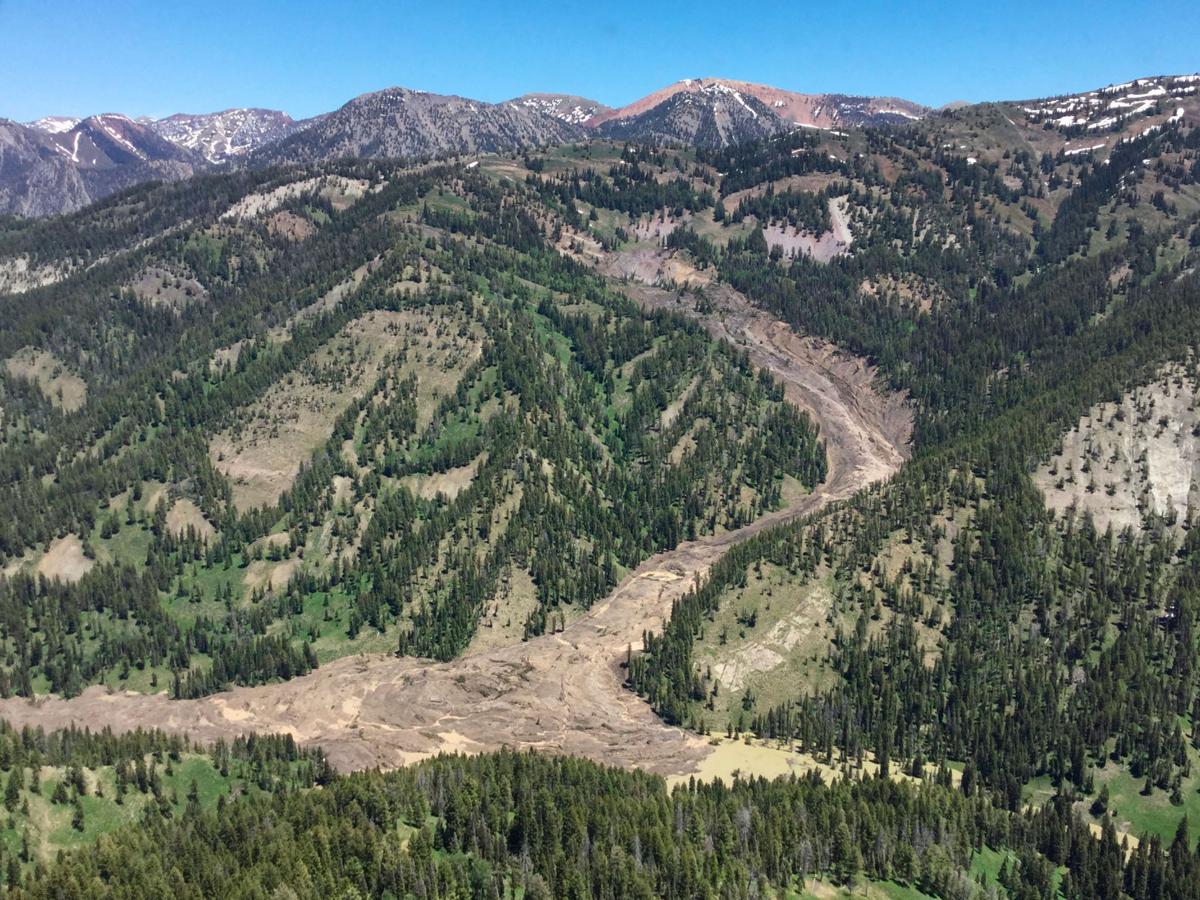 A recent landslide near Willow Creek in Lincoln County.
Dustin Child saddled up one of his horses Monday and rode into the northern Wyoming Range to make sure that his clients weren’t a big rainstorm away from being swept up by a wall of water.
Child, who owns Willow Creek Horseback Rides, heard that a large landslide was spotted miles up his business’s namesake creek, and he went to see for himself. Riding down the creek from the Greys River side, Child passed several small slides triggered by the big spring melt, then the big one.
“Half the mountain came down,” Child said.
To his eye the landslide was as high as 200 feet in places, covered 1/4 mile of the Willow Creek canyon and formed a 15- to 20-acre lake that’s probably 30 or 40 feet deep. As for the hazard, he didn’t think there was one.
“It could possibly could do something next spring, but there’s so much debris,” Child said. “It’s an unreal amount of debris. It dammed it up as far as it’s going to go, and now the river’s cut a stream between the debris pile and the far west side.”
It’s unclear when the yet-to-be named landslide was triggered, or if it all came down at once or slowly over the course of the spring. The remote geological phenomenon was discovered this past week, when a Bridger-Teton National Forest firefighter saw that a mountainside had given way from above.
“They were doing a flight, looking for a fire,” Bridger-Teton spokeswoman Mary Cernicek said. “They didn’t find the fire, but they found the landslide.”
Inquisitive hikers are being warned that the landslide is deep in the backcountry, approximately a dozen miles from the Bryan Flats Trailhead. It’s located 3 or 4 miles, Child estimated, from Pickle Pass and the divide between the Hoback and Greys rivers.
The Bridger-Teton hadn’t dispatched an employee by Monday to see if the landslide slid over the Willow Creek trail, which doubles as the north end of the 70-mile-long Wyoming Range National Recreation Trail.
Child confirmed that a good portion of the route is no longer passable. Hiking over the debris pile is steep and difficult, he said.
If the new lake up Willow Creek holds it will be the first new landslide-created body of water on the Bridger-Teton since 2011. That year a portion of the Gros Ventre Range’s Crystal Peak fell across the meadow below, damming the creek’s flow and forming a lake that’s not yet on federal topographic maps.