Extreme Snowfall Reports: How Reliable Are They? 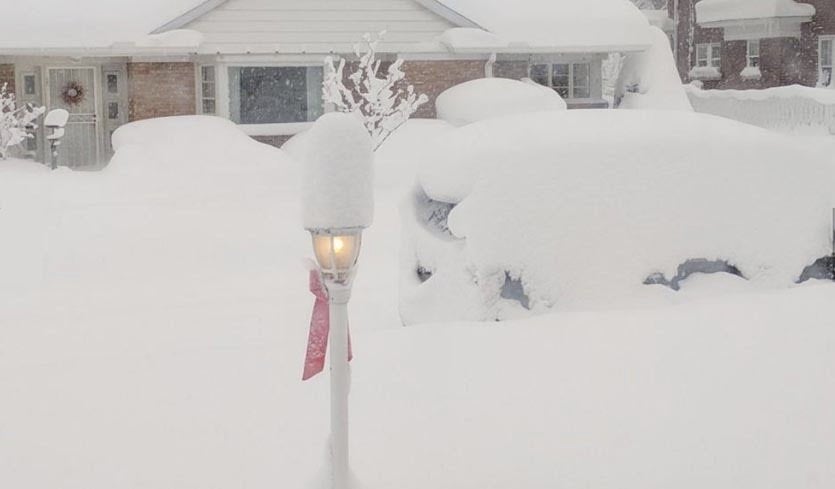 December 2017 featured two extraordinary snow events. The first was at Thompson Pass, Alaska, where a phenomenal 15” of snow apparently accumulated in just a 90-minute period on December 6. The second event was an unprecedented lake-effect snowstorm in Erie, Pennsylvania, that buried the city under 65.1” that accumulated during a 72-hour period on December 24-27.

The challenges of snowfall measurement

Over the years I have attempted to determine what the greatest snowfall totals for select periods of time have been for locations in the U.S. and around the world. Interestingly, the U.S., Canada, and Japan are the only countries on Earth that regularly maintain detailed snowfall statistics. In Europe and elsewhere, only liquid water (the melted component of frozen precipitation) is measured; actual snowfall accumulations are rarely reported outside of specialized locations such as research stations.

In the U.S., official National Weather Service sites follow strict criteria in the measurement of snowfall accumulations. This normally employs a snowboard and measuring stick, with measurements made once every six hours. Observers in the NWS Cooperative Observer Program (COOP) usually make only one snow measurement every 24 hours, as is also the case for the nationwide CoCoRaHS program (Community Collaborative Rain, Hail, and Snow Network). The difficulty in “accurately” measuring snowfall is well explained by Deke Arndt, the person in charge of NOAA’s national extreme weather records database. Another good take on the issue (and an explanation of how official snow measurements are made) was written by UCAR’s Matt Kelsch, who has been measuring snowfall as a NWS COOP in Boulder, Colorado for over 25 years.

In the table below (Figure 2) I included reports of snowfall for periods as short as 20 minutes. Most of these reports are from unofficial sources such as snow spotters, transportation departments and members of the general public. Official NWS records normally do not include snowfall measurements for short durations of time. In the case of the Thompson Pass, Alaska event, the 15” in 90 minutes was apparently measured by an employee of the Alaskan Department of Transportation (DOT). Rick Thoman, the Climate Science and Services manager for the NWS Alaska Region, sent me this message concerning the event:

“Thompson Pass DOT has not been an NWS cooperative station in more than 40 years, though DOT has been recording snowfall observations there ever since. There is a maintenance station near the top of the pass, so the 15″ in 90 minutes could have been reported by someone in the station, and that would be my guess, but I don’t know for sure. TP is a very difficult place to measure snow because of the wind (and it’s above treeline), and so drifting around buildings at the camp is always a concern. That said, I do know that the foreman at the TP DOT camp is quite conscientious about snowfall.

“There is an NRCS SNOTEL in the Thompson Pass area, Nick’s Valley, which is located at ~1500′ higher elevation than the highest elevation on the road. The snow depth sensor reported what look like reasonable values most of the time during this storm, and this platform reported an 8″ increase in snow depth between 6 and 7am AKST (Dec 06) and 5″ increase each hour either side, so there is independent evidence of very high snowfall rates at the time of the report (and snow depth increased from 78″ at midnight Dec. 6 to 126” at 11 am Dec. 6, so 48 inches in 11 hours is pretty impressive).”

In fact, the NRCS SNOWTEL figure of 18” in 3 hours and 48” in 11 hours would both rank among the most intense snowfall rates ever reported. Also of note is that the COOP site in the city of Valdez measured 3.96” of melted precipitation (a mix of snow and rain) on this same day. During the entire period from 1917 to 2015, only six other days produced this much liquid water in Valdez.

Below is a list of various extreme snowfall reports I have gathered from various sources over the years. Note how all of the shorter-duration reports (aside from the recent Alaskan event) are a result of lake-effect snowstorms on the Great Lakes. This doesn’t mean, of course, that intense short-duration U.S. snowfalls occur only in this region. I’m sure that similar snowfall rates have been attained during major winter storms in the Sierra Nevada or other mountain areas in Oregon or Washington. It’s just that, to the best of my knowledge, no one has yet to report about such.

As noted, most of the snow events in this list are from unofficial sources that includes measurements made by various state Department of Transportation authorities, snow spotters, university science departments (as was the case for the Oswego, NY measurements), and, of course, reports sent into NWS offices from the general public. Ironically, these “unofficial” reports are sometimes more accurate in terms of just how much snow is on the ground than official NWS snowfall reports, since the NWS makes measurements every six hours, then clears the snowboard, continues with a new six-hour measurement, and adds up the four daily measurements to come up with a calendar day total. This means that the actual ground depth of the snow is likely to be considerably less than the measured amount due to compaction or melting over the course of a snow event.

The recent Christmas storm in Erie is a good example of the issue of snowfall versus snow depth. Although 65.1” of snow was officially measured at the airport between 8 p.m. EST Dec. 24 and 8 p.m. Dec. 27, and the temperature remained well below freezing during the entire 3-day period (thus melting was not an issue), the maximum snow depth observed was “only” 28” on the morning of December 26. The snow was so ‘fluffy’ that it easily compacted on the ground over the days of accumulation.

One of the reasons that the 24-hour snowfall of 77” reported from Montague Township in January 1997 (see table above) was not considered a new national 24-hour snowfall record (which remains a 76” 24-hour snowfall at Silver Lake, Colorado in 1921) was that the observer made five measurements instead of the standard four on his snowboard over the course of 24 hours. If one measures the snowfall too often (clearing the snowboard after each measurement) it will inflate the amount measured. In Silver Lake, Colorado, the 76” snowfall of April 1921 was calculated simply by the increase in the depth of the snow on the ground over a 24-hour period, not by actually measuring the amount that fell. The maximum increase in the depth of the snow on the ground in Montague during its 77” fall was just 51”. If the observer in Silver Lake had been using a snowboard and making measurements every 6 hours, it is likely the actual 24-hour snowfall would have been over 100”.

There is something a bit peculiar about the recent snowfall vs. snow depth measurements in Erie. During the last week of December, the snowfall totaled 84.3” (which is what the annual seasonal snowfall for the site normally is!) and the temperature ranged between 8° and 19° on every day aside from Dec. 25, when a 30° reading was achieved. 34.0” fell on the 25th, and the 7 a.m. Dec. 26th ground measurement was 28”. On Dec. 26, a further 26.5” fell, and yet the ground measurement on the morning of the 27th had declined to just 23”! It is hard to believe that the snow compacted to such an extent.

Erie’s previous snowiest month (any month) on record was that of December 1989, when 66.9” accumulated (yes, last December’s 121.3” total was almost double the previous record!), and a record ground depth of 39.0” was measured on December 20, 1989. How is it possible that 85” of snow in a single week with very cold temperatures could only manage a maximum ground accumulation of just 28”?

NWS spokesperson Susan Buchanan provided these comments: “This snow data is preliminary. It always undergoes review for accuracy before it is finalized. In this case, our forecast office in Cleveland is aware of the discrepancy between snowfall and snow depth observations. A team inclusive of the forecast office, the Pennsylvania state climatologist’s office, and the National Center for Environmental Information is reviewing the snow depth measurements and comparing them to surrounding snowfall and depth observations. Many factors may reduce snow depth, including high wind and the nature of the snow – in this case, light, fluffy snow associated with a lake-effect snow storm would result in more compacting. Should the team determine that the measurements are inaccurate, they will adjust the totals before they are finalized and certified.”

Some extreme snowfall reports from outside the U.S.

The Japanese Alps and northern mountain ranges on Honshu Island are among the snowiest places on the planet (if not THE snowiest places). In fact, the single snowiest site with official observations on Earth (according to Japan Meteorological Agency data) is Sukayu Onsen, Aomori Prefecture in northern Honshu Island where, for the period of record (POR) of 1981-2010, the average seasonal snowfall was 694.5” (1764 cm), besting any site in North America. See the climate table for this site below.

During the season of 1944-1945, one of the snowiest in modern Japanese records history, the Japan National Railway conducted a survey of each of its stations where snowfall was abundant in the Japanese Alps region of Nigata Prefecture. Some astonishing figures were recorded:

If one assumes this information was accurate, then all of the above sites measured greater accumulations than the North American record of 1,140”/2,896 cm at Mt. Baker, Washington during the season of 1998-1999.

KUDOS: Thanks to Rick Thoman for the Thompson Pass, Alaska information and Yusuke Uemura for the Japanese snowfall statistics. 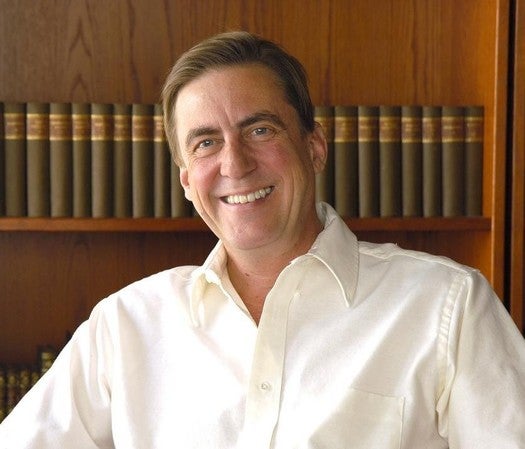 Christopher C. Burt is the author of “Extreme Weather; A Guide and Record Book.” He studied meteorology at the University of Wisconsin–Madison.