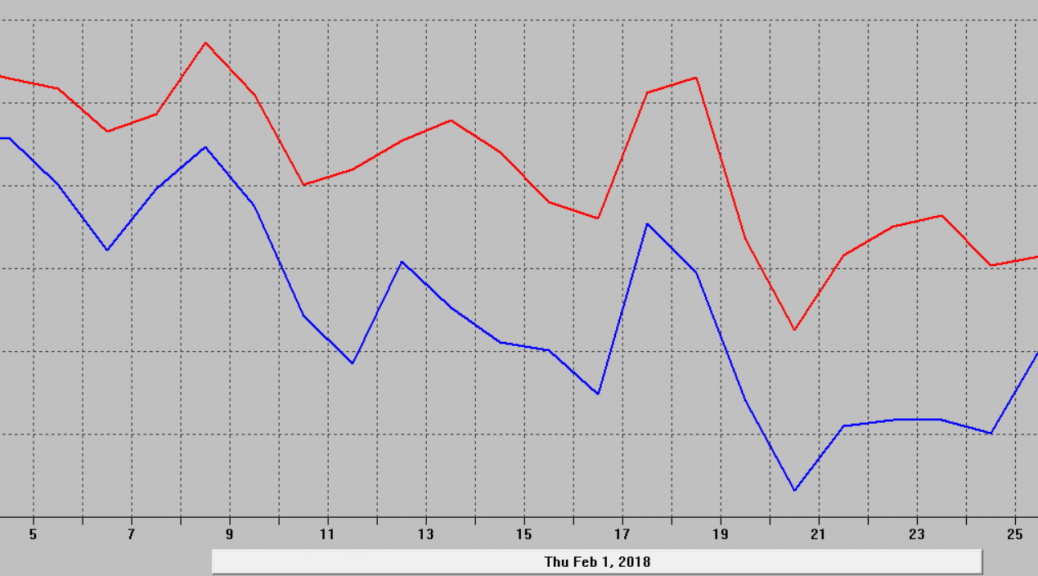 As in January, February started relatively mild with the warmest days occurring in the first half of the month. The last week of the month daytime temperatures generally remained below freezing noted on the daily temperatures from Thayne Elementary School.

Reviewing the weather reports across Star Valley for February, all stations reported their warmest temperature on the 8th with several reporting 47 degrees. Below zero temperatures were confined to the last 8 days with Double L dipping to -10 on the morning of the 21st. There were 7 subzero mornings at the Double L  which is located northwest of Etna along the Salt River. The only station not hitting zero for the month was at Star Valley Ranch with 1 above on the 20th.

It was a snowy month, with only 4 out of the 28 days at Star Valley Ranch not observing at least a trace of snow.  The snowiest day was the 18th when 6 inches occurred. Total for the month at Star Valley Ranch was 32.6 inches bringing the winter total since last September to 133 inches.

Elsewhere in the valley  both the observer at 1 south of Thayne and 5 South of Smoot measured 24 inches.  Water content of the snow at Star Valley Ranch was 2.23. Greatest snow depth was at the end of the month ranging from 16 inches  in Thayne, 19 inches at Star Valley Ranch to 32 at 5 S Smoot.

Generally winds across the valley were moderate.The strongest gust at any of the 8 reporting stations was a gust to 42 mph at Star Valley Ranch on the 18th.