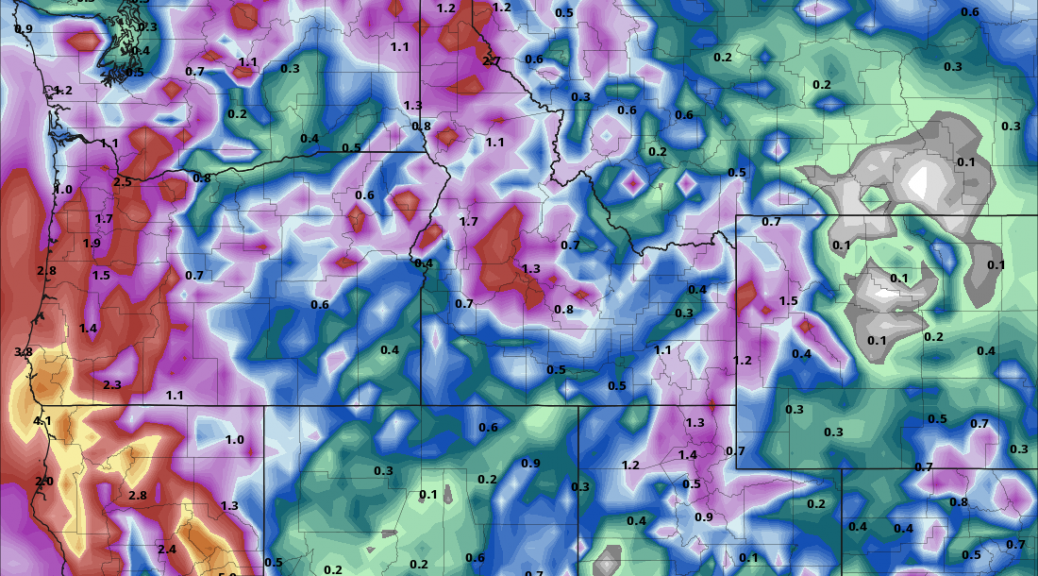 Spring officially begins Tuesday March 20, however in  Star Valley the coming week well feel like more of a return to late winter by the end of the week. While a high pressure ridge moves across Wyoming by mid week, a large low pressure trough again dominates the the western states by the first weekend of Spring bringing snow back into the area, particularly the mountains.  Following is a series of 500 mb forecast chart of the changes in the flow pattern for  this coming week.

The week will be particularly wet in parts of California where it is needed. In the mountains of Western Wyoming substantial precipitation is also possible noted in the following graphic.

Snowfall will be heaviest in the higher mountains with both rain and snow in the valley, including Star Valley by the end of the week.