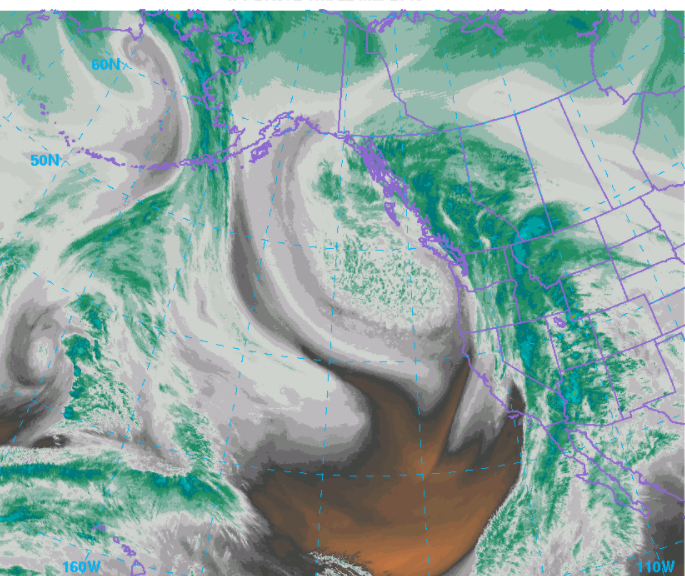 A stream of very moist air with origins in the tropical eastern Pacific  is on tap to bring considerable rain in the lower elevations(including Star Valley) and wet snow in the higher mountains tonight and Friday.  Thereafter the cold upper trough off the Pacific Northwest coast, also noted in the water vapor imagery above,  well bring snow levels back down to the valley levels by Saturday.

The two 500 mb charts, one which is current and the other on Sunday morning show the progression of the cold trough inland across the Rockies.

Precipitation totals through the weekend will range from a half inch in the Western  Valleys(including Star Valley) to between 1 and 2 inches  in the higher elevations.

Much of the precipitation will be snow above about 8000 feet. Snow levels will lower to the valley floors later Saturday

This event will add to the already above normal snowpack in the higher mountains.  As as example the SNOTEL at Willow Creek is now as high as it was at any time last winter, which is well above normal.