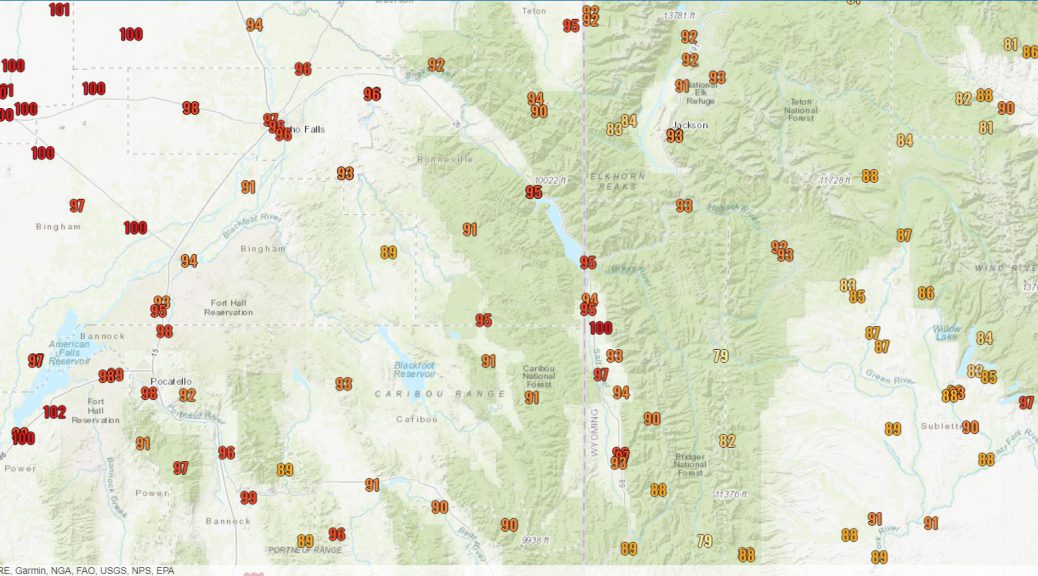 This Saturday saw temperatures climb to levels not seen in quite some time across Western Wyoming and Southeast Idaho including Star Valley.

Following is a map of the maximum temperatures across the area for Saturday afternoon.

A large upper high has parked right over Wyoming on Saturday, resulting in the warm to hot temperatures, nearly clear skies and light winds.

Some notable highs were reached at some of the local weather stations Saturday Afternoon.

Maximum at Etna Elementary was 101.5, warmest at the site going back to when it was established in 2011.

Finally at the Double L station northwest of Etna along the Salt River a new record was set with 96.2. Station records go back to 2012.

In addition at the Double L station the afternoon maximum was nearly 60 degrees above the 37 recorded at sunrise.