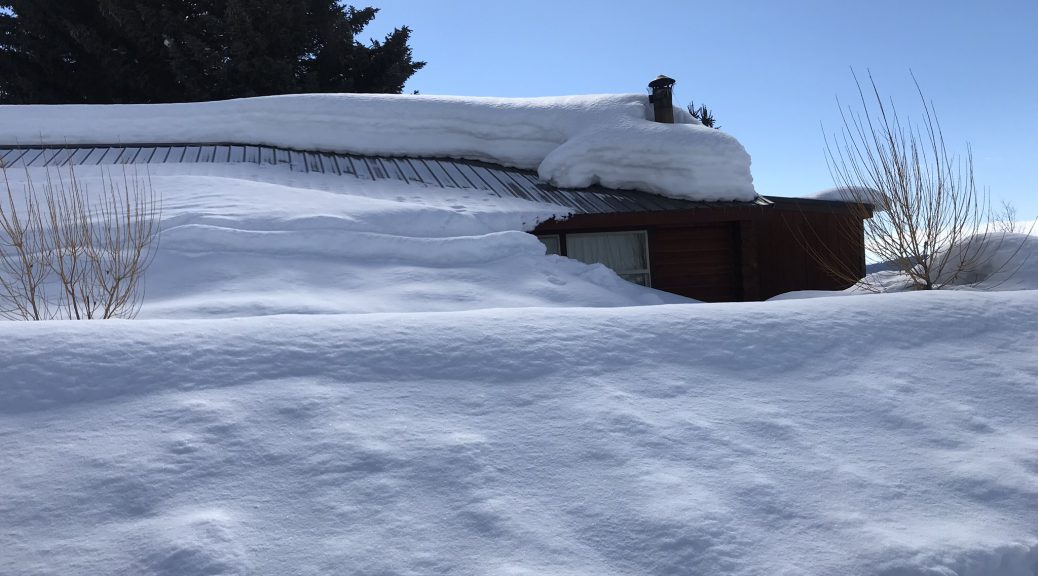 February 2019 proved to be one of the snowiest in Star Valley in recent memory. A series of storms from the Pacific provided abundant precipitation to much of the western states and that included Northwest Wyoming and Star and Jackson Valleys.  Jackson set a new record for February of 53 inches, just 3 inches short of the snowiest month on record of January 1969.  In Star Valley the Lower Valley was by far the snowiest, decreasing southward. The greatest reported monthly total was at Star Valley Ranch with 63 inches. While no official totals are available, Alpine likely had comparable amounts based on the observed snow depth in  town.

Other measurements included 58 inches near Thayne, 44 inches near Bedford and an even two feet in Afton. Further south the station located 5 south of Smoot, typically one of the snowiest in the valley measured around 40 inches.

Water content of the snow not surprising was substantial.

Temperatures were not unusually cold for February. The coldest day was the 8th, with the following minimums reported:

Wyoming precipitation was most dominant in the northwest areas, while northeastern areas were  colder than normal.