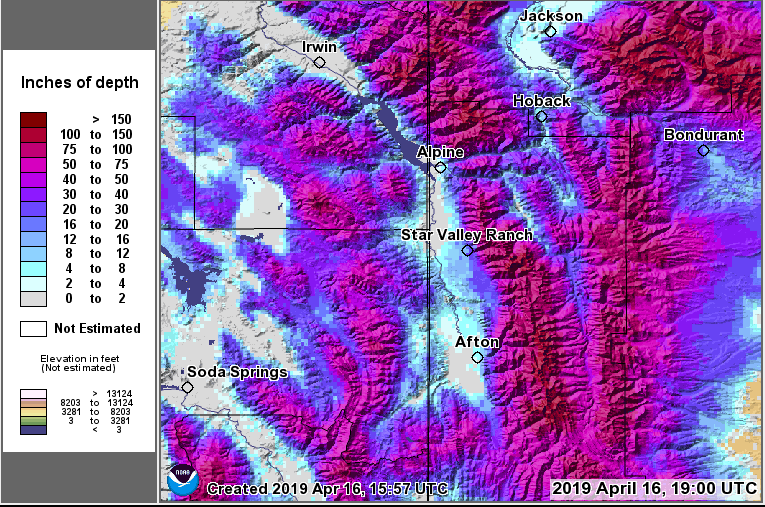 While the recent mostly rain in the valley(Star Valley Ranch so far in April has had 3.15 inches of precipitation but only 7 inches of snow), the nearby mountain snow pack has continued to increase.

The current(April 16) snow depth map for the area around Star Valley and Jackson shows the lower elevations are becoming snow free, while upwards to 10 feet continue to blanket the mountains:

The model forecast continue to indicate a big warm up by the end of the week over the Rockies, beginning the snow melt process in the higher elevations, a little later than normal.