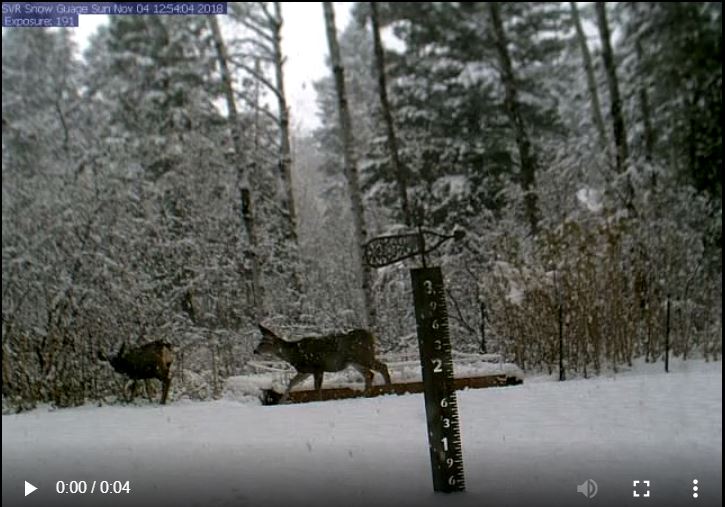 Except for left over snow piles the winter snow season at the Star Valley Ranch observation site ended on April 20 when the last measured day of snow cover was 6 inches.  A combination of rain and warm temperatures on the next day removed much of the remaining snow. If it seemed like snow was on the ground for a long time, it actually was 166 days from November 4th until April 20th.  The greatest measured snow depth was 40 inches on March 9th.   The following 3 pictures of the Star Valley Ranch snow stake show the first, greatest and almost last day of snow cover.  While the snow stake was an approximate measurement, the actual manual depth was 40 inches on the 9th of March. 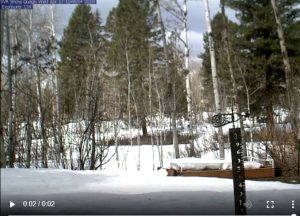 The snow stake cam was turned off on the 17th although it was another 3 days before the snow cover was gone.  As of April 24 the total snowfall for the 2018-2019 snowfall season at Star Valley Ranch was 199 inches.

At the snow measuring site located 5 miles south of Smoot, there remains 17 inches of snow on the ground as of April 24, with some 171 days of continuous snow cover!