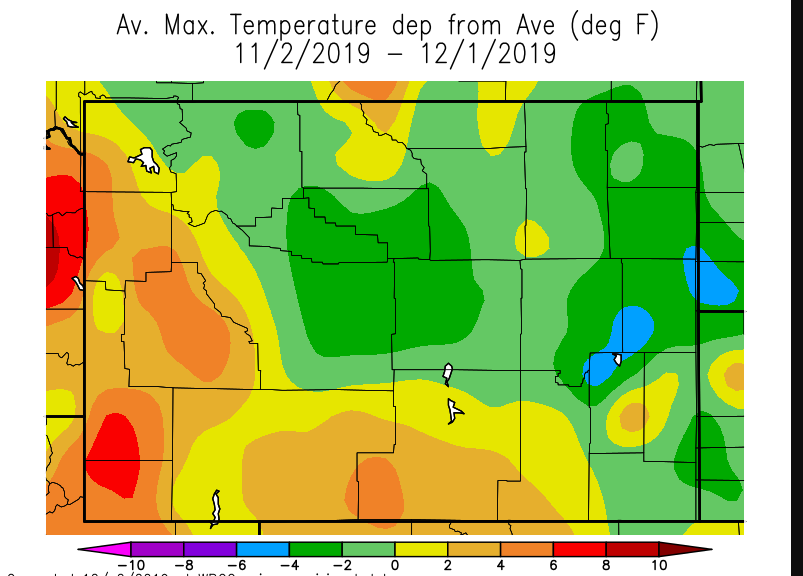 After experiencing the coldest October on record, November was for the most part exceptionally mild and dry across Star Valley and surrounding areas.  As an illustration the October minimums in Star Valley bottomed out at -10 F near the end of the month at Bedford 3SE with essentially the entire valley dipping below zero.  For the month of November which typically sees progressively colder temperatures, there were no sub-zero minimums reported.

Afton temperature and precipitation graphs for November shows the steady warming at the first of month to above normal with colder air along with the only real precipitation arriving at the end of the month.

Following are some observed data from Star Valley for November