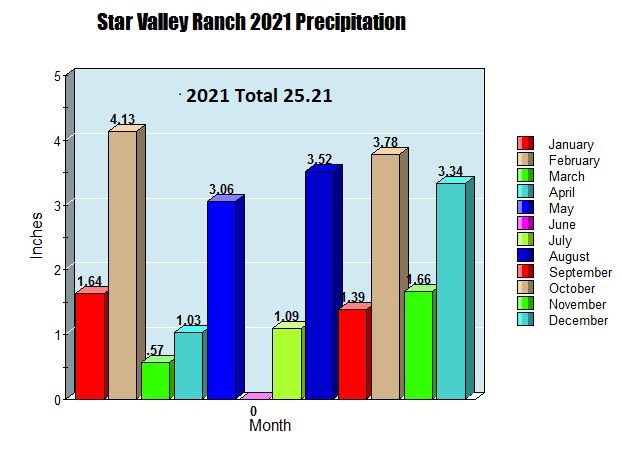 Star Valley generally experienced a typical weather year in 2021.  Some of the highlights were:

Precipitation was totaled for each month and compared to the last 5 years. 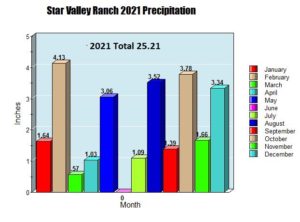 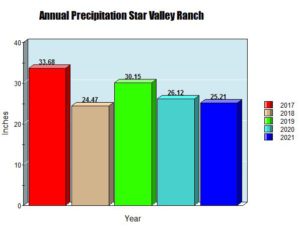 Unlike many areas of the west precipitation the last 5 years has been adequate ranging from the mid 20s to over 30 inches.

Annual snowfall for each of the past 5 years ranged from 15 to 20 feet.  2021 had two very snow months,  February and December. 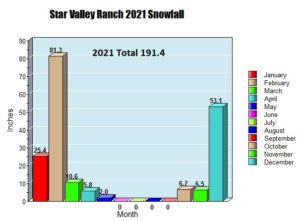 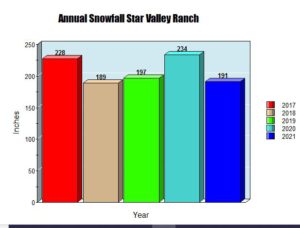 Much of Wyoming was drier than normal in 2021, with Lincoln County being an exception. 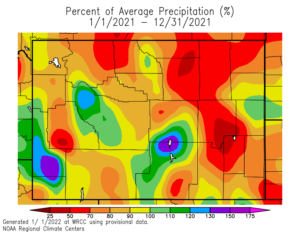 There were no extreme temperatures observed at the Star Valley Ranch weather station.  Only 3 days reported below zero, all in February with -3 below the lowest on February 3rd.  More than half(187) the days had freezing minimums.

There were also only 3 days with above 90 degrees, with the maximum of 91 observed on July 18th.

Several occurrences of wind gust over 40mph were recorded with the strongest on March 29th of 48 mph. 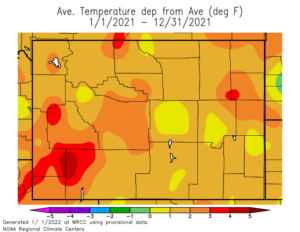