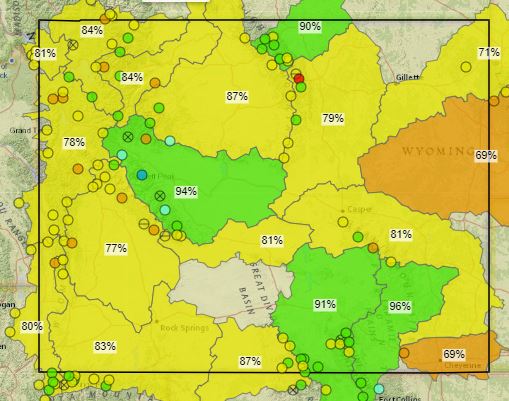 While the snowpack in the mountains of Wyoming still has another month or so to build on, the totals for this winter(December-February) has been disappointing.  December provided a good start for the season, but after the first week of January very little improvement has occurred.

The graph at the Willow Creek SNOTEL  in the Salt River Range tells the tale:

The black line which is this year, shows that the snow pack was doing well in comparison to recent years,  until the first week in January. But the basic flat lining  the remainder of January and February puts the current SWE well below the previous 5 years .  This has been the story across all of Wyoming.  Overall the precipitation(snow) for the three winter months was below normal, although southern Lincoln County was above thanks to the snows of December. 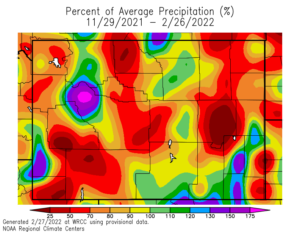 February  ended up with much below normal precipitation across almost all of the state. 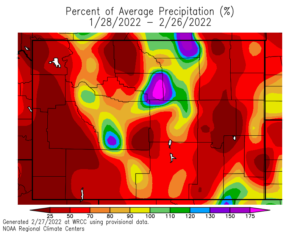 The snow pack state wide has dropped  to below normal: 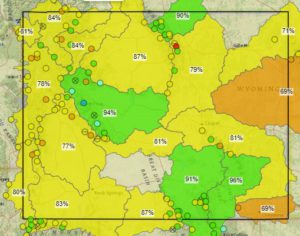 Looking ahead the Outlook for March by NOAA  is not encouraging  with little indication of a wetter pattern  in Wyoming.

Star Valley Ranch is experiencing a low winter snow season with only 10 inches in the normally snowy month of February(80 inches fell in February 2021): 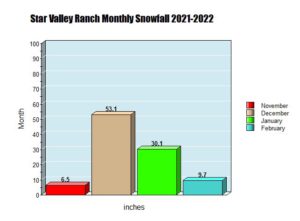 Comparing this winters 3 months with the previous 5 years shows the low snow year it has been thus far. 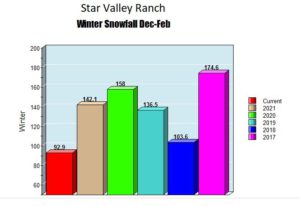