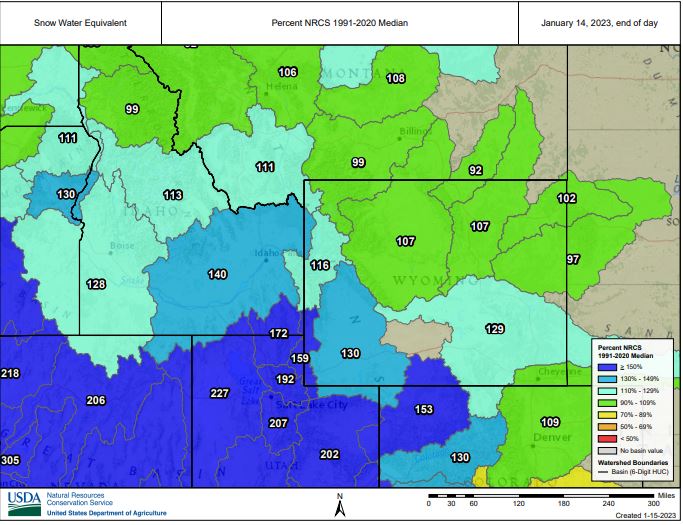 Mid January is a good time to see how the winter snow pack is faring in the Mountain West including the Star Valley  area.  This map shows the percent of normal precipitation so far this water year beginning Oct 1st. 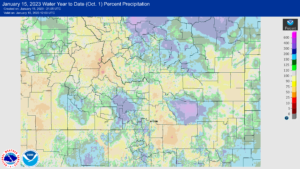 Of more importance is the actual snow water equivalence reported from the SNOTEL network again as of January 15th. 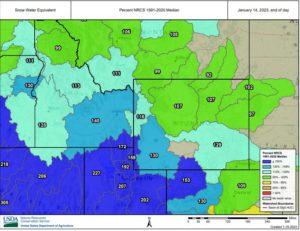 While much of Wyoming is running above normal water content in the snow pack, it has been a very beneficial water year so far from southwest Wyoming south and west across Utah and Nevada.

Willow Creek SNOTEL located in the Salt Range east of Afton has been running above normal since November.  In comparison last year we were entering a period of little snow which continued through much of February.

Looking at the SNOTEL near Salt River Summit, the same pattern is observed, with a snowless period through much of February.