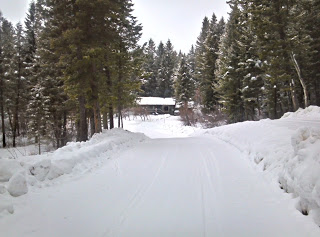 Weak disturbances tracking southeastward across Star Valley have produced periods of light snow the past couple of days.  Reported snow totals throughout the valley have generally been from 1 to no more than 2 inches.  Snow depth range from a reported 2 feet at the Alpine and Star Valley Ranch locations  to close to 3 feet south of Smoot.

In other parts of the country this sight could result in anxiety and travel concerns, for Star Valley residents it is just another winter day.  However, in other regions of the World what we have to deal with in Star Valley, even during a snowy winter, is small potatoes.  In particular the Japanese Alps on Honshu Island,  one of the snowiest locations on earth,  experience amazing snowfalls.

Here are a couple photos from this region. 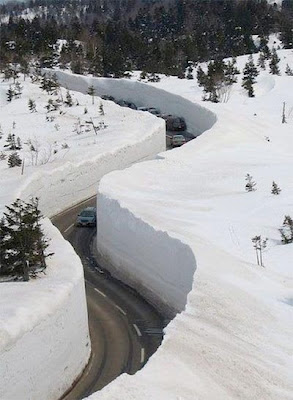 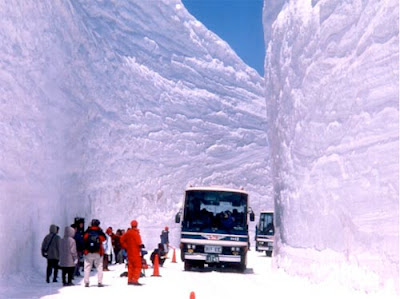 A very interesting blog is available discussing the snowier parts of the globe:

is forecast to once again readjust toward a split flow pattern, directing storms systems both to the north and south.

with the storm track across the Southwestern States and in western Canada.

While this does not favor a dry weather regime for Star Valley, any snow that falls will be generally light, similar to what has occurred recently.  An interesting  way to look at what the models  are forecasting is through a meteogram over the next week or so. This one is for Jackson Wyo

Of particular interest over the next week, based on the model, is that it only can generate a total of 14 mm of precipitation which converted to inches is around a half inch. Most of that is toward the end of next week.  Additionally no big temperature changes are likely until at least the end of next week as the cold air in Canada remains north of us.