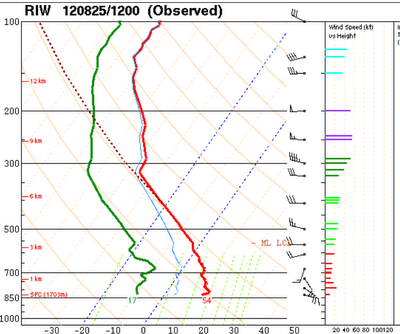 The  combination of the arrival of a somewhat cooler and very dry air mass combined with clear skies and light overnight winds resulted in some of the coldest readings in Western Wyoming since about the third week in June.

Here is a list of some of the observed minimums this Saturday morning.

It was  cooler in some nearby areas

and not unexpected the coldest reported probably in the United States  this morning was at Peter Sinks UT west of Bear Lake where it dipped to 18 above.

The actual air mass is still warm above the strong morning inversions.  The Riverton balloon sounding at 6am Saturday morning indicated that the actual freezing level was about 14,000 feet MSL.

The following is a plot of this mornings minimum temperatures in the Star Valley Region. 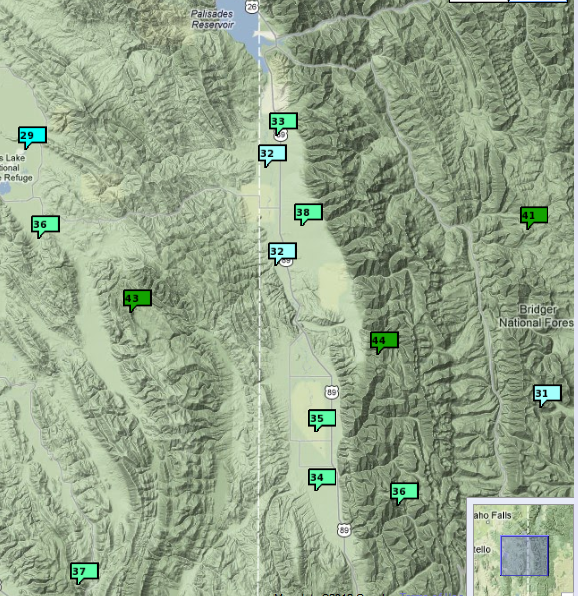 The Peter Sink observation site is known to be a location of extraordinarily cold  temperatures as it is located in a high elevation basin which experiences ideal radiational cooling under these favorable conditions.  The local map of minimum temperatures below illustrates this clearly as nearby sitse at somewhat higher elevations were 30 degrees warmer 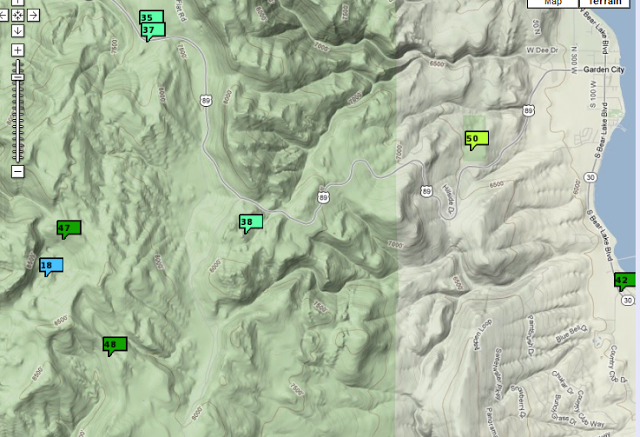 The smoke which has been a part of the scene in the Star Valley Region the past coupe weeks was very noticeable Saturday morning.  The winds on Friday afternoon resulted in a flare up of many of the ongoing fires across the Northwestern states.  Here is the map of current fires as of  Saturday morning.

While Star Valley is fortunate not to have active fires nearby, we are downwind of many large fires across Idaho.  The satellite photo clearing  illustrates the trajectory of the smoke from the fires spreading east across northern Lincoln County.

Forecast of the winds turning more from the southwest and strong daytime mixing should result in a thinning of the smoke this afternoon, but until some significant precipitation can occur across the fire affected region, smoke will be a problem for sometime.