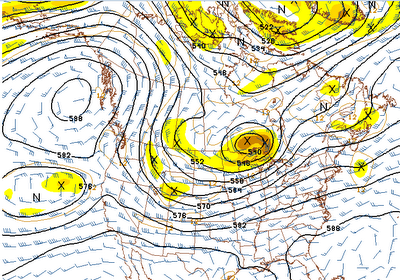 The first shot of cold air this fall has dropped  temperatures into the teens and even lower in the valleys of western Wyoming  and surrounding areas.  Thayne ES reported the lowest in Star Valley the last couple mornings dropping to 17 above.  However some areas were even colder with Bondurant at 11 above and Pixley just south of Cokeville 12.  The coldest noted Friday morning was in the West Yellowstone area with a reading down to as low as 7 above.

Even with the colder air, it remains very dry with plentiful sunshine and there is little change expected for the next several days.  A large high pressure noted on Friday mornings 500 mb analysis is centered in the Gulf of Alaska, essentially blocking storms from reaching the Western U.S.

This pattern will change little over the weekend as noted on the forecast 500mb chart for Monday morning. 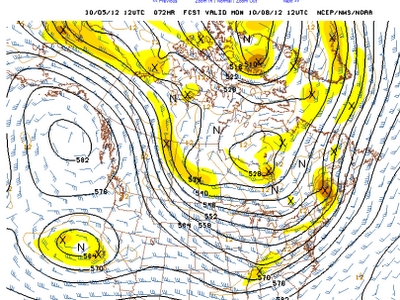 There is a low pressure system off the California coast which will slowly move eastward over the weekend, but is not expected to impact Star Valley weather for several days, if at all.

While the sunshine will warm afternoons to near 50F, the nights will continue cold.  In fact, Saturday morning could see temperatures a couple degrees colder than Friday AM.

So, where is the snow?  The cold front that went through Star Valley recently did produce snow 0ver a large part of Montana eastward across North Dakota. The St. Marys Cam  on the east side of Glacier NP this friday morning is evidence of the recent snow. 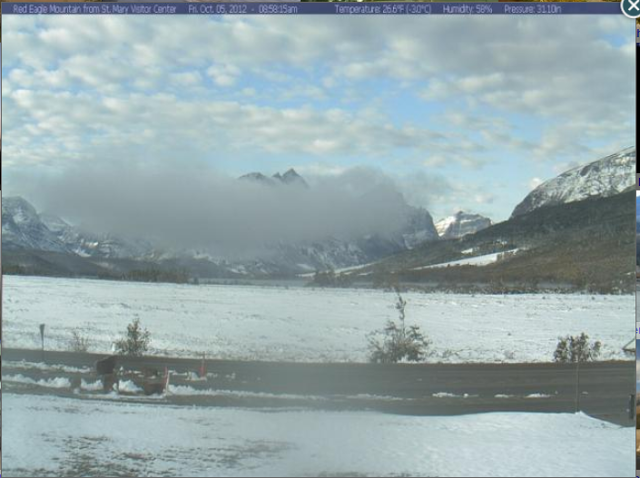 This is a scene that will not be seen in Star Valley for at least the next week.

The long range computer models do indicate that the storm track will begin to affect the western states by the middle of October. This is the outer limit of reliability of model forecasts.  The rainy season typically gets underway in the Pacific Northwest by the later half of October, and so it is reasonable to expect this solution.  Hopefully the sooner the better with the precipitation as there are still many fires still burning across the tender dry northwest U.S. 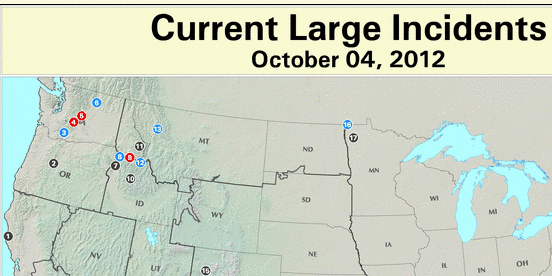