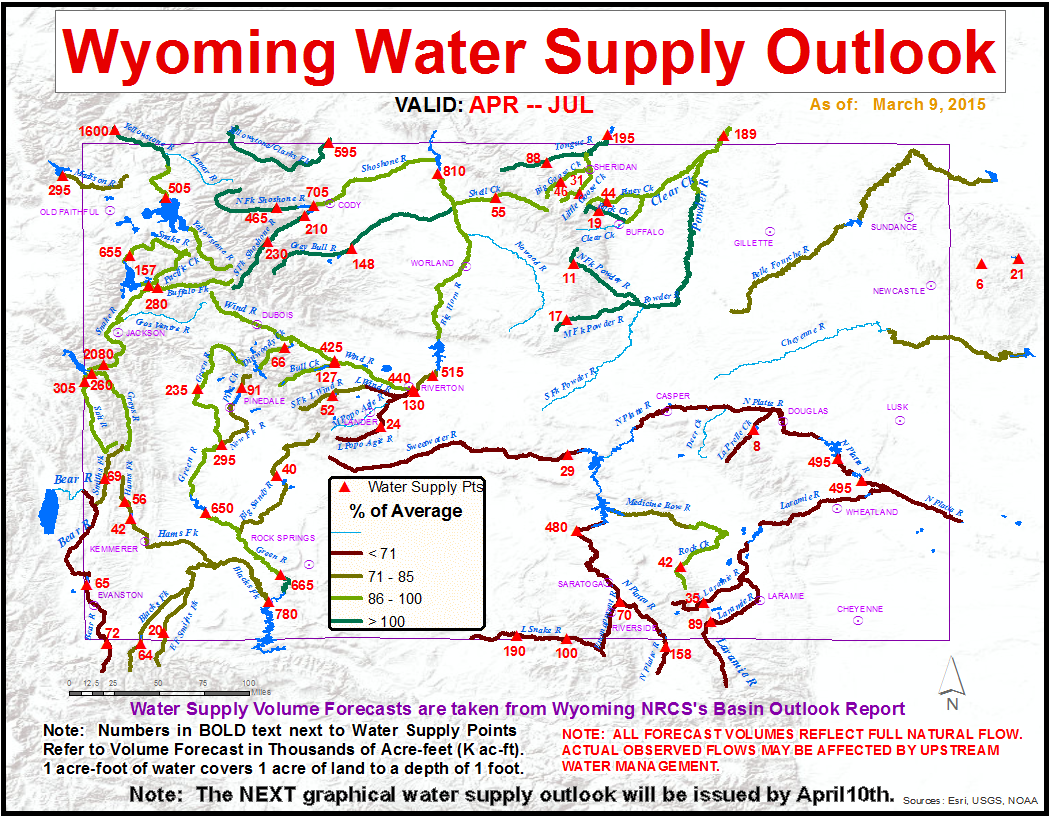 Here is the first Wyoming Water Supply Outlook for this Water Year.  Note that the conditions are best in Western Wyoming(Star Valley region), where snowpack is near normal. However the current dry pattern is cutting into the favorable beginning of the Winter Snow Season.