Currently Wyoming, including Star Valley,  is in a northwesterly flow on the east side of a high pressure ridge off the West Coast. Pacific moisture is riding over the top of the ridge and resulting in periods of mostly light snow and cloudiness across Star Valley and surrounding areas.  Following is a water vapor video for the 24 hour period ending Thursday morning.

A weak impulse withing the northwesterly which shows up now east of Star Valley on the video resulted in an about an inch of snow overnight.

Following is a sequence of 500 mb charts  showing the progression of the high pressure ridge inland this weekend followed by a trough of low pressure.

Another period of mostly light snow will spread across the area by tonight, however some clearing is likely on Friday into Saturday as the ridge moves inland.

Following are meteograms  reflecting the forecast for Star Valley through the coming weekend. 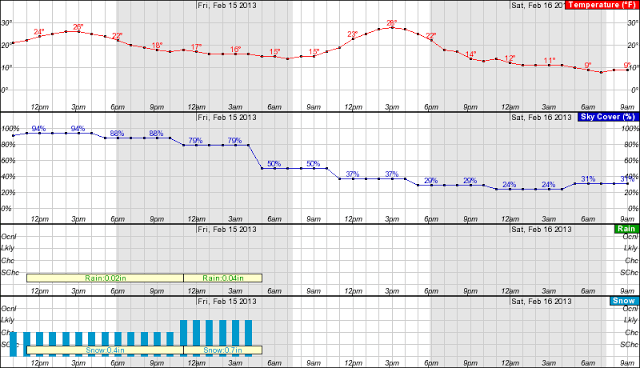 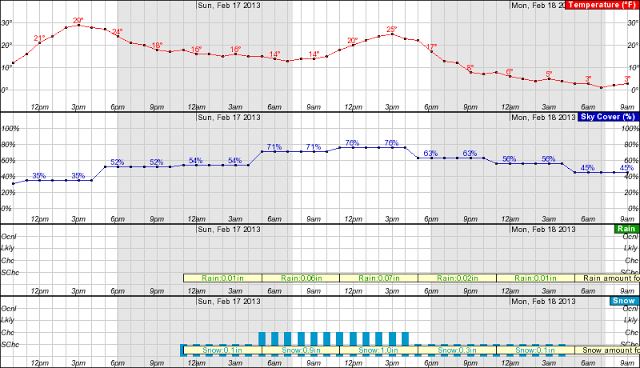 Temperatures should remain below freezing during daylight hours, however the cloud cover should preclude the below zero nights experienced  earlier this week.