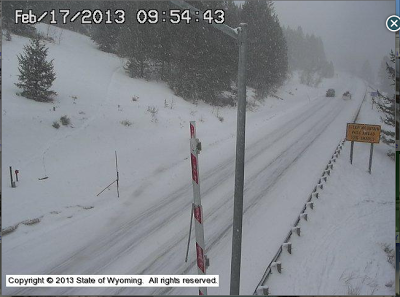 Although temperatures warmed to well above freezing in all of Star Valley Saturday afternoon with the 47 at Star Valley Ranch leading the way, winter is not over.  A series of storm systems will have a major impact on the western states over the next 6-10 days.  The first storm is just grazing the Star Valley area  with most of the effects occurring to the north.  While mainly flurries have been observed in the Valley so far with this system, the highway web cam located 4 miles east of Victor ID heading toward Teton Pass was experiencing winter driving conditions this Sunday Morning.

The infra-red satellite photo coupled with the 500 MB analysis not only depicts the system now moving across the Northern  and Central Rockies, but the even stronger trough over the Gulf Of Alaska.

This trough will take a much further south route as it develops  into the Southwestern States.

Following are a series of 500mb forecast maps through this coming week, graphically depicting this return to a winter time weather pattern over the entire western U.S.

While this pattern change assures that cold temperatures will return to Star Valley along with some snow, there is still considerable uncertainty as to how much snow will fall over the coming week.

The model forecast precipitation is inconclusive for the period ending Thursday morning.  Much of the west will experience at least some rain/snow, but the southern storm track suggests the heaviest amounts should be to the south and east of Star Valley.

Following are the meteograms for Star Valley through the coming work week. 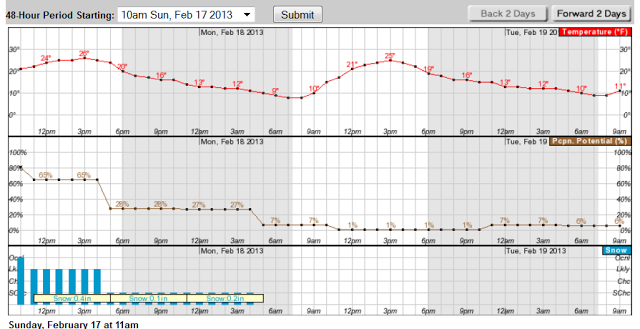 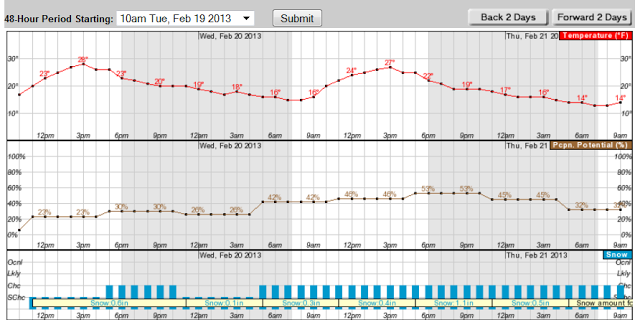 While snow is expected again by Wednesday and Thursday, amounts are not large.  However temperatures will struggle to reach freezing through the week.

Looking further down the road this 6-10 day outlook extending into the middle of the last week of February suggests continued below normal temperatures with about average precipitation.