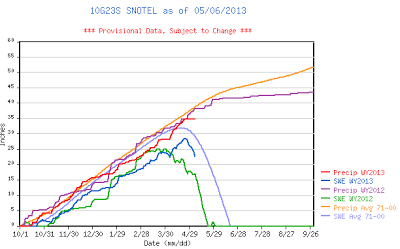 It has been a very beneficial Spring snow season for all of Wyoming this year.  At Star Valley Ranch the total of 172 inches since October 1, 2012 compares closely with last years 175 inches.

Of more importance are the snow pack in the mountains which are just now beginning the melting process as temperatures warm.  Following are the graphs for both the Willow Creek and Cottonwood Creek SNOTELS in the nearby Salt Range.

While western Wyoming has fared well  the eastern portion of the state has show remarkable improvements due to several big storms, particularly in April.

Following are two maps, the first the snow pack as of March 1st and the other, May 1st.  The improvements in the eastern portion of the state are dramatic! 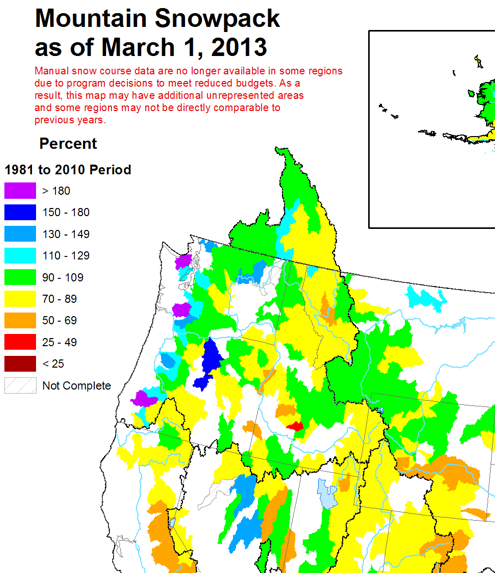 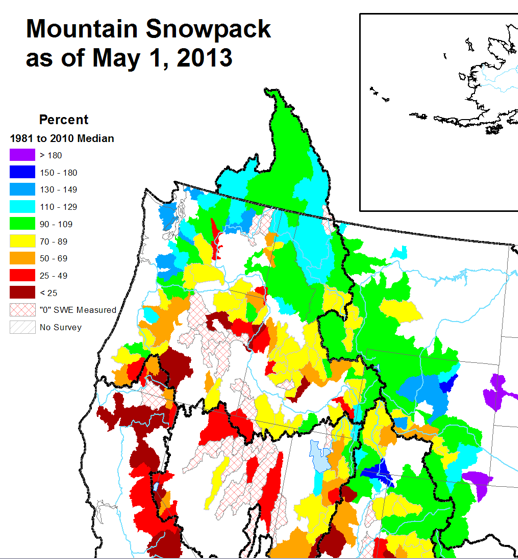