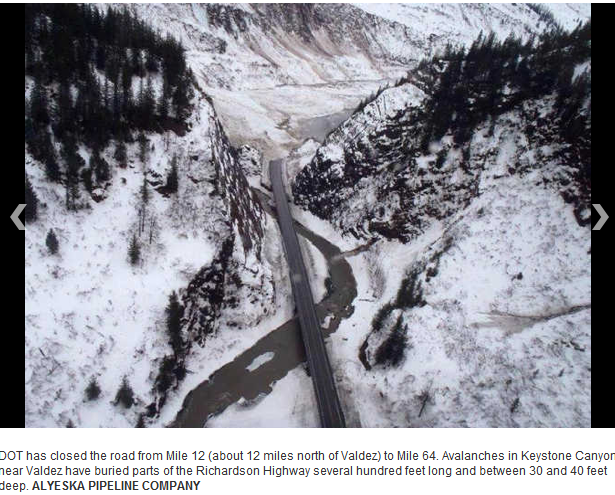 While avalanches are a concern in many areas of Western Wyoming during the winter months, Alaskans also have to deal with them, apparently on an even larger scale.  Over the weekend a huge avalanche buried the only land route into Valdez, Alaska.  Below is an aerial photo taken over the Richardson Highway.

Following is a Google Earth view of where Keystone Canyon is  located with respect to Valdez. 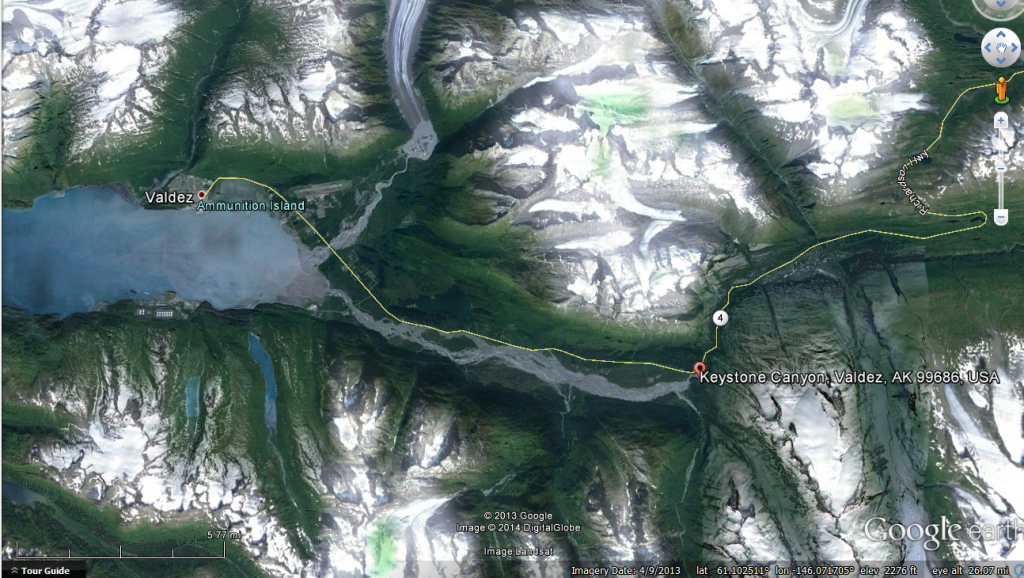 
The avalanche footage was posted by YouTube user akiwiguy101 and shot near Valdez Alaska.