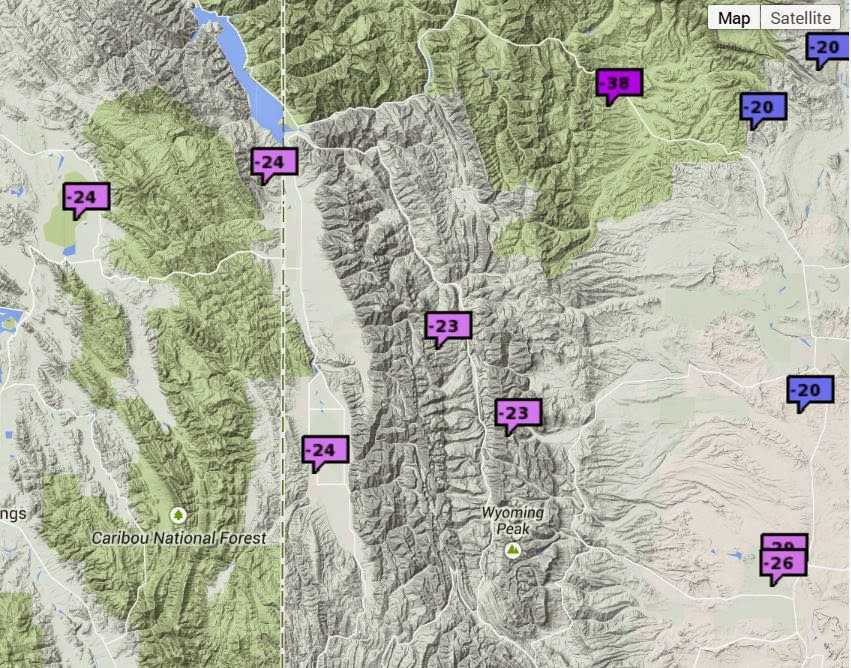 Subzero temperatures dominate most all of Wyoming this Tuesday Morning.  Following are minimums reported in Star Valley as of 8am.

Because of east winds down the Snake River Canyon mixing the cold air, Alpine was about the only station not dropping much below zero, however the 10-15 mph east winds dropped the wind chills to about -20!

Coldest reported thus far in Western Wyoming has been at Bondurant with -38.

Following is a map of some of the coldest temperatures reported this morning.