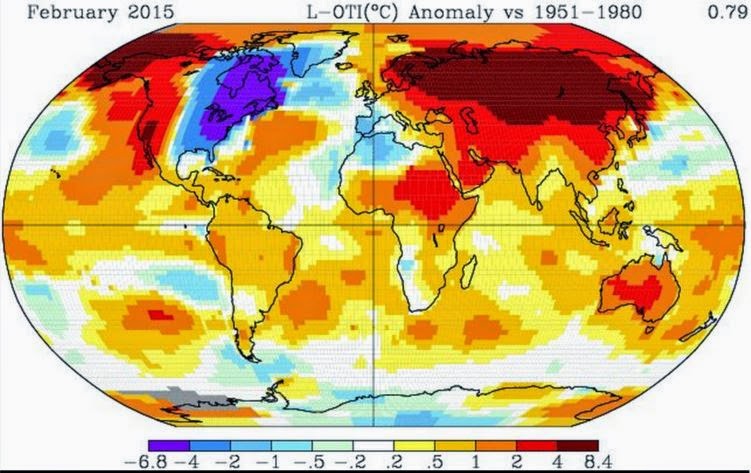 February 2015 will be recalled as one of the coldest and snowiest in some time over much of the eastern U.S.  While the western states enjoyed one of the mildest.  What really was most striking looking at the entire earth, was that with the exception of the cold eastern U.S., most areas were warmer to much warmer that normal, particularly in the Northern Hemisphere.