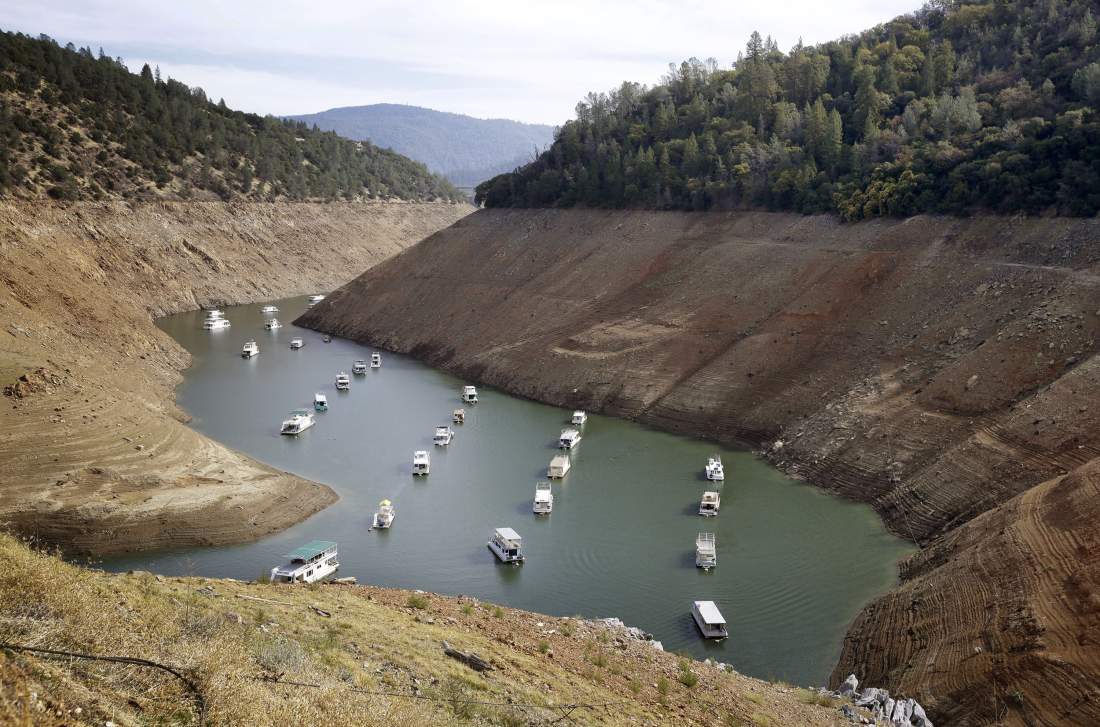 3 Maps That Explain Why California Is Restricting Water

Rich Pedroncelli—APHouseboats float in the drought-lowered waters of Oroville Lake near Oroville, Calif., Oct. 30, 2014. Gov. Jerry Brown on April 1, 2015, ordered sweeping and unprecedented measures to save water in California.

California Gov. Jerry Brown issued mandatory water use restrictions Wednesday for the first time in the state’s history, ordering towns and cities to cut water use by 25%, which will affect everything from farms to golf courses to residents’ front lawns.
The state has been experiencing drought-like conditions since 2011 but in the last few months, things have gotten even worse. Snowfall in the Sierra Nevada mountain range has hit all-time lowsfor this time of year while temperatures remain above average, making an already dire situation worse. Below are three maps showing just how dire things have gotten throughout the state.
MORE: California’s Water Crisis by the Numbers
1. Extreme Drought Conditions
According to the National Drought Mitigation Center, 99.85% of California experienced drought conditions as of March 31, affecting 37 million people; 40% of the state is currently considered to be in an “exceptional drought.”

2. Snowpack at all time-lows
Snow in the Sierra Nevada mountain range at this time of year would normally begin melting and become part of the state’s overall water supply. But snowpack is at roughly 5% of its April average, which can be seen in these maps by the National Oceanic and Atmospheric Administration. One researcher with the U.S. Natural Resources Conservation Service told the USA Today that snowpack statewide is “the worst in a century.”

3. Temperatures above average
On top of all that, temperatures have been higher than normal in the first three months of the year, accelerating persistent drought conditions and leading to increased evaporation of the water sources that remain. Some places in the state over the last few months have experienced temperatures more than 10 degrees above normal,according to the NOAA Regional Climate Centers.