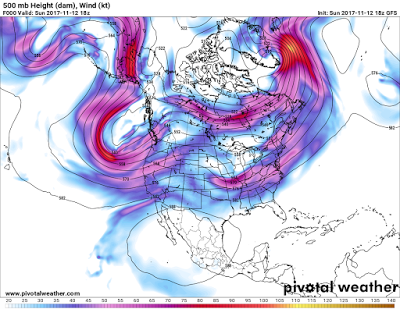 Looking ahead  the work week will start out with another  fine weather day like was experienced Sunday with Monday’s temperatures a few degrees warmer.  Then a couple of weather systems move from the Pacific across Wyoming and surrounding areas, the first Tuesday followed be a stronger and colder one by later Thursday into Friday.

The animated  infrared satellite loop from Sunday afternoon shows the first system approaching the coast of the Pacific Northwest. It will weaken  as it moves inland Monday while at the same time the  upstream trough over the Gulf of Alaska deepens southeastward.

This scenario can be seen in a series of 500mb charts. 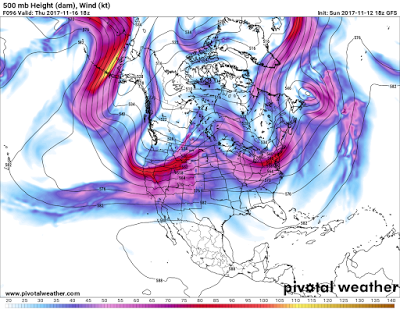 Precipitation for the coming  week will be most significant with system number two which will affect Western Wyoming/Star Valley Thursday into Friday.  The forecast precipitation for the week ending later Friday indicates up to 2 inches in the Western  Wyoming mountains in the form of snow.  Far less than the up to 15 inches expected in Western Washington.