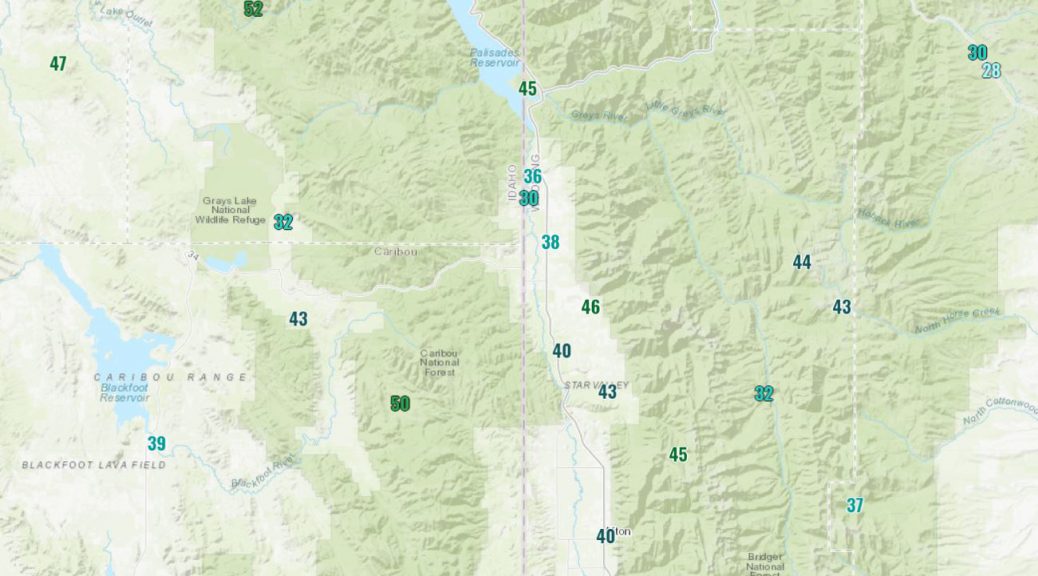 Temperatures dipped to below freezing in the typically coldest Star Valley locations this Saturday morning.

The weather station along the Salt River in the Double L Estates northwest of Etna bottomed out at 30F at sunrise.

The growing season for unprotected frost sensitive vegetation at this locations was just 31 days in 2018.  The previous below freezing temperature was 29F on July 4th.  While freezing temperatures likely occurred at other typically cold valley locations such as Auburn,  it was  not nearly as cold in other areas such as Star Valley Ranch at 46F and Alpine 45F.  Other typically cold locations were in Bondurant at 28F and as low as 29F in Yellowstone NP.