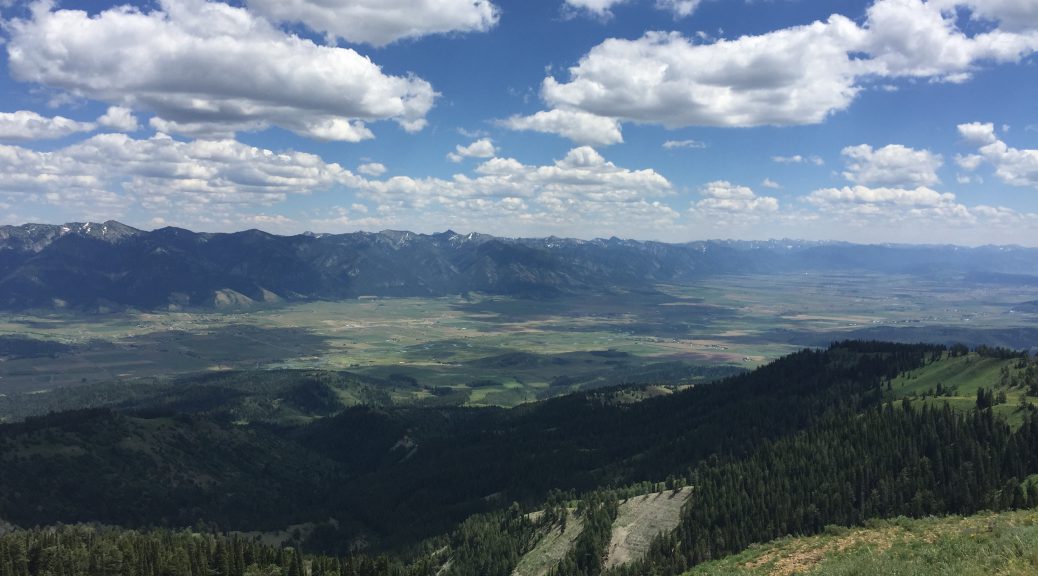 Star Valley experienced a warm and drier than normal 2018 summer. Typically the 3 month period of June July and August total an average of about 4 and 1/2 inches of rain. At Star Valley Ranch  this summer 2.48 inches fell, mostly in June with a 2 month period from June 20-August 20 when there was less than a tenth of an inch measured. Following are the  summer rainfall totals for the past 8 years at Star Valley Ranch.

The precipitation over Wyoming during the summer ranged from dry over the southwest area including  Lincoln County to rather wet over large parts of central and northeast Wyoming.

Not surprising daytime temperatures averaged several degrees above normal across southwest Wyoming where it was dry while it was cooler in north and east Wyoming where the precipitation was more generous.

The longer range forecasts for the Fall continues to call for warmer than normal over much of the United States.

For the Fall there is  some hope for a little better chance of near or above normal precipitation from Wyoming southward, however the skill level of forecasting precipitation one or more months in advance is minimal.

While the skill of long range forecasting for the entire Fall is minimal, the period from September 1- November 30(Fall Period) experiences the greatest change of all the seasons.  This is totally the result of the amount of solar insolation that is available. On September 1st Star Valley is receiving still 13 hours of solar heating.  Solar insolation drops dramatically by the end of November as the total day light is reduced to a little over 9 hours and the sun is at a lower angle in the sky as well.

Forecasting the amount of snowfall is particularly difficult well in advance. However looking at long term averages for the Bedford station suggest little or none in September then around 5 inches in October and nearly 20 inches in November all which could occur in one or two strong storm systems.

Summarizing the most reliable long range forecasting method for Star Valley is the calendar(solar insolation) which guarantees that it will dramatically cool off over the period with the average high temperatures dropping 45 degrees by the end of November. Additionally by November most of the precipitation that does fall will be the white stuff and by the end of the month could be piling up in the mountains and to a lessor extent in the valley.