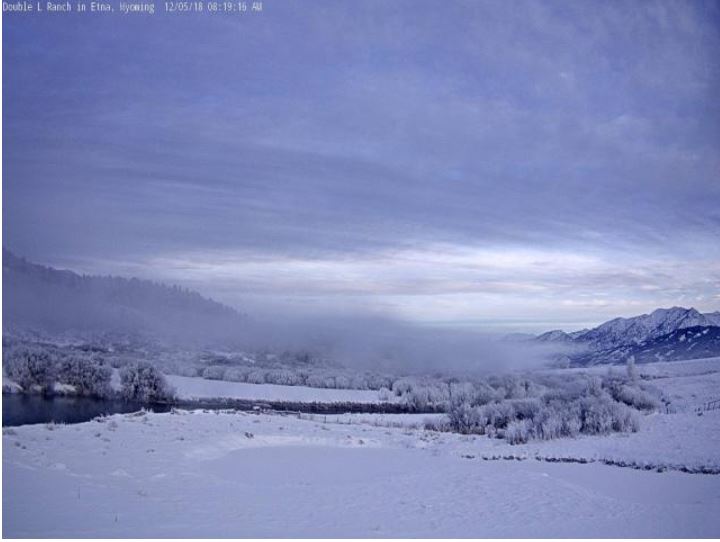 The coldest morning temperatures of the year 2018 were experienced across Star Valley and surrounding areas.  The Valleys coldest location was at Double L Ranch along the Salt River northwest of Etna where it dipped to -21.  This is the coldest observed temperature in the valley since last Christmas Eve when the same location was -26.  Every station in the valley was below zero with the exception the Star Valley Ranch Heights station where it just reached zero.  Star Valley Ranch Heights station is located at almost 6700 feet, some 1000 feet higher than Alpine. Typically on cold calm nights this location will likely have the higher temperature in Star Valley.

It was even colder in Southeast Idaho near Greys Lake National Wild Life Refuge which registered -25.

However as is typical on these clear calm nights, the coldest in the region was at the Peters Sink Site west of Bear Lake, Utah where a bone chilling -40 was observed.

Peter Sink is an unpopulated observation site located in a high mountain valley of Northern Utah.  Note that just a couple miles to the north along the Rim of the Peter Sink it was 44 degrees warmer!