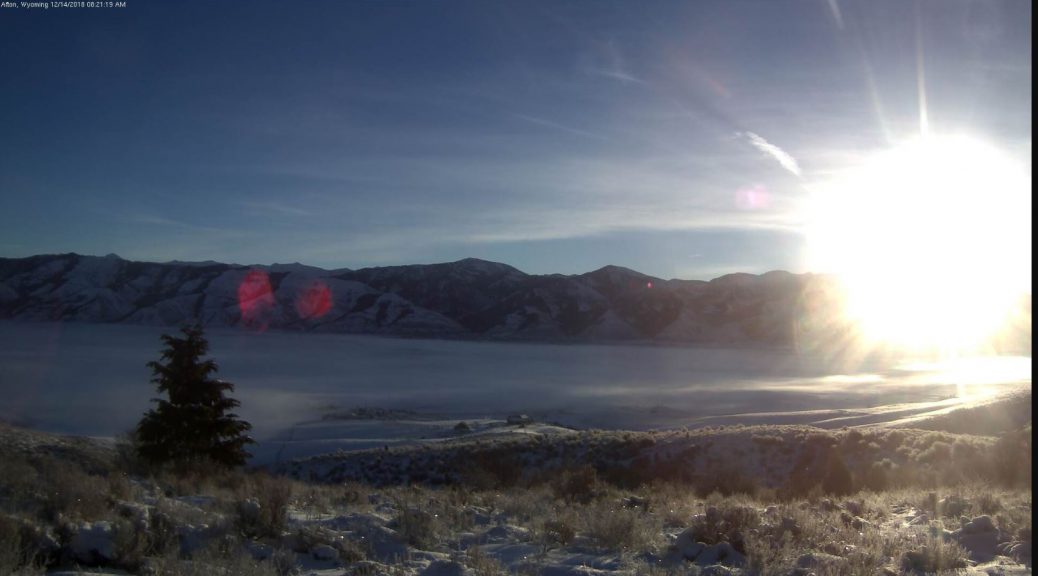 Skies cleared and temperatures dropped with many Star Valley locations dipping below zero(but not all).

Temperatures across the Valley at sunrise displayed the typically large range that occur on these clear, calm conditions.  This is best displayed on the Home page of Starvalleyweather.com

The recently added Star Valley Ranch weather station(Star Valley Ranch Heights) located in the forest at nearly 6700 feet elevation was some 20 degrees warmer than the coldest locations just a couple miles to the west.

However probably the most frigid area, also typical of these clear, calm nights is at the mouth of  Snake River Canyon.  The Alpine airport while still above zero has had winds up to 18 mph dropping the wind chills to 10 below. These Canyon winds originate in the Snake River Canyon, upstream from Alpine and blow downriver across Palisades reservoir, Swan Valley to Ririe. Easterly winds gusting to nearly 40 mph were observed near Antelope Flats.