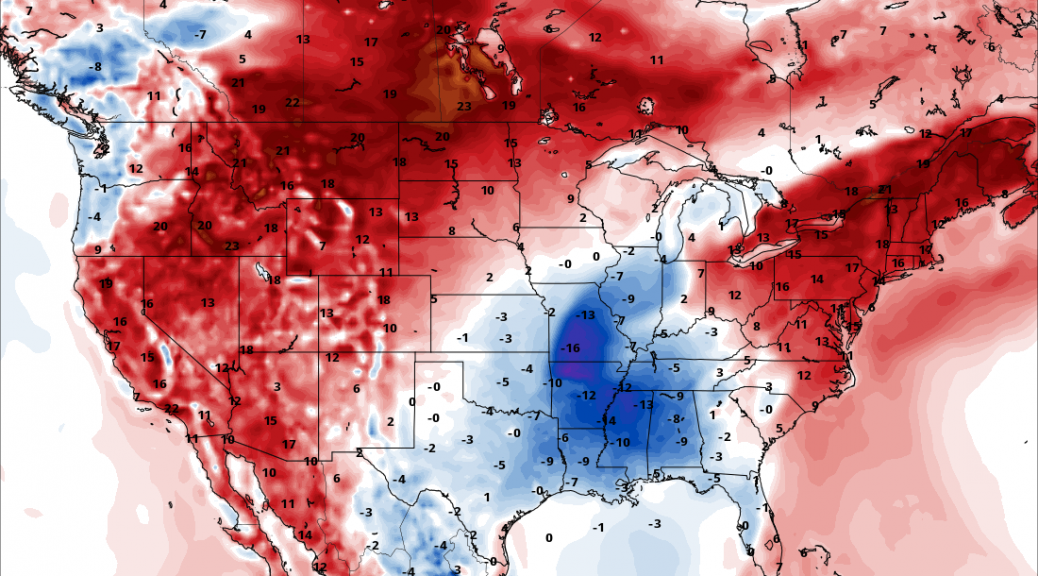 Since about the 1st of February it has been an unusually prolonged period of cloudy and snowy weather across Western Wyoming including Star Valley.  While Spring is going into its 4th week, the long anticipated warm up which will begin the mountain snow pack runoff has yet to occur.  One more wet, cool weather system early this coming week and then it appears a pattern change will provide the long anticipated warm-up.

Reviewing  the weather since the first of February, the graphs of  both temperature and precipitation from Afton provide the picture:

There have been some brief periods since Feb 1st when temperatures were a little above normal but mostly it was a cool, cloudy period.

Looking forward there is a change in the model world for later this week.  The following 500 mb charts show the building of a strong upper high pressure  from  the Eastern Pacific to the Rocky Mountain states by the end of the week.

And then when the high pressure builds into the Rockies on Friday a big warm-up occurs.

Looking further ahead from April 20-24 it is hopeful that milder temperatures will continue into the first of the next week.